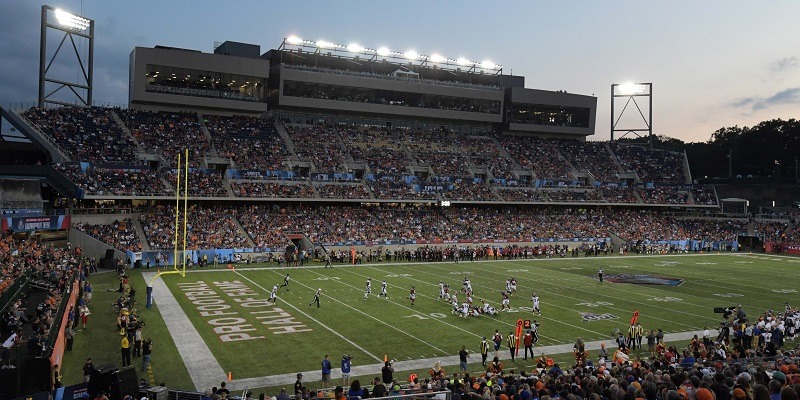 The Pro Football Hall of Fame is moving its enshrinement ceremony to 2021 and canceling its annual preseason game because of the coronavirus pandemic.

The game is the first cancellation of an event on the NFL calendar due to the health emergency.

“The health and safety of our Hall of Famers, fans and volunteers who make Enshrinement Week so special remains our top priority,” David Baker, president and CEO of the Pro Football Hall of Fame, said in a statement. “The Hall will honor the Centennial Class of 2020 next August, along with what promises to be an equally spectacular Class of 2021, as part of a multi-day celebration of football with an atmosphere that will deliver for fans ‘Twice the Fun in ’21.’”

The two classes will be enshrined in separate ceremonies.

As a public health precaution, all events associated with the 2020 Enshrinement Week Powered by @johnsoncontrols have been rescheduled for August 5 – 9, 2021. The Class of 2020 will be honored in a separate ceremony from the Class of 2021.

Events will take place Aug. 5-9, 2021, starting with the Hall of Fame Game. The Dallas Cowboys and Pittsburgh Steelers, who were scheduled to play this year at the Canton, Ohio, venue, will meet instead next year.

When tickets went on sale for the 2020 game in March, the 20,000 available seats sold out in just 22 minutes, only 36 hours after the sports world came to a halt amid the pandemic. The tickets will be honored next year.

The Steelers and Cowboys were scheduled to open training camp a week earlier than other NFL teams because of their appearance in the first preseason game but likely now will report at the same time, barring any other cancellations or postponements.

The Hall of Fame’s postponement of the induction follows similar moves made by the National Baseball Hall of Fame and Museum and the Naismith Memorial Basketball Hall of Fame, both of which moved their 2020 festivities to next year.