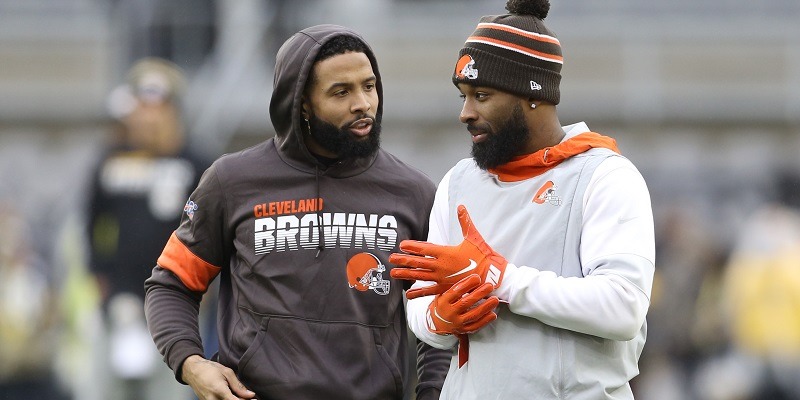 Odell Beckham Jr. and Baker Mayfield are teaming up on the field Tuesday for the first time since the Cleveland Browns acquired the Pro Bowl wide receiver from the New York Giants.

Beckham was on the field Tuesday and plans to participate in most of the 10 voluntary organized team activity workouts, as well as the Browns’ mandatory minicamp, as the franchise takes its next step in a rebuild guided by general manager John Dorsey.
Beckham was recovering from ankle surgery last offseason and didn’t take part in most of the on-field workouts during the Giants’ offseason program while also angling for a new contract.
The Browns traded a first-round pick to the Giants and will pair him with his LSU teammate Jarvis Landry — acquired from the Miami Dolphins in 2018 — as Mayfield’s likely top targets.
In five seasons with the Giants, Beckham had 390 receptions for 5,476 yards and 44 touchdowns. He had 77 catches for 1,052 yards and six scores in 2018.
–Field Level Media (@FieldLevelMedia)