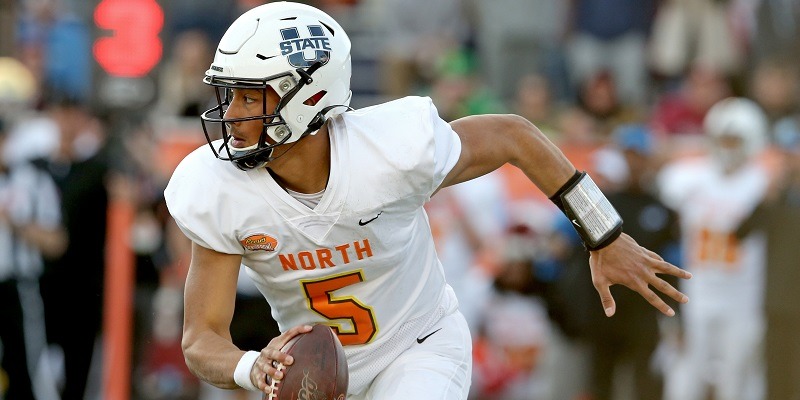 The Packers sent the Miami Dolphins a fourth-round pick in order to jump from 30th overall to 26th and take Love.

Love, a redshirt junior out of Utah State, will sit and learn behind Rodgers, who is one year older (36) than Favre was when Rodgers was drafted 24th overall in 2005. Rodgers is entering his 16th season, while Favre was entering his 15th season in 2005.

“I already know I can learn a lot from Aaron Rodgers,” Love said in an interview on the ESPN broadcast. “That’s one of the GOATs right there in the game. I’m excited to be able to come back behind him and just learn as much as I can.”

Rodgers acknowledged in March that the Packers could be looking for his successor, calling himself “a realist.”

“I know where we’re at as an organization, and I know where I’m at in my career,” Rodgers said in an interview with ESPN Wisconsin. “No matter who you bring in, they’re not going to be able to beat me out anytime soon.”

“I didn’t know what to expect from any of this, so I’m just super excited,” Love said of being picked by the Packers.

Rodgers himself sat for three whole seasons behind Favre before taking over as the Packers’ starter in 2008. In his career, he has thrown for 46,946 yards with 364 touchdowns and 84 interceptions over 174 starts, earning two MVP awards and eight Pro Bowl selections. He also guided Green Bay to the Super Bowl XLV championship.