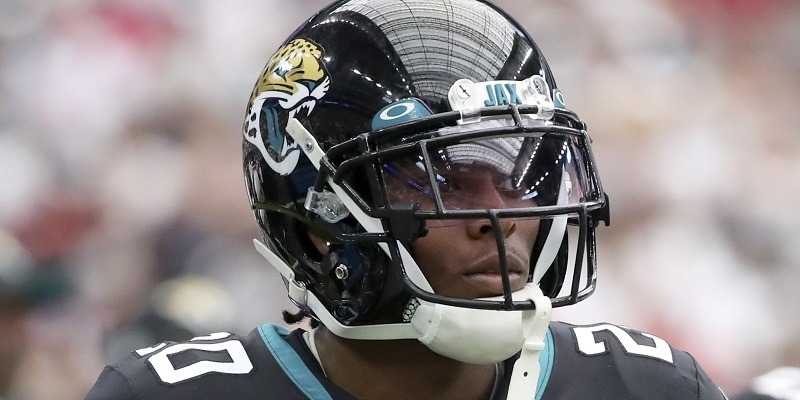 Hours after trading away cornerback Marcus Peters, the Los Angeles Rams dealt two first-round picks and a fourth-rounder to the Jacksonville Jaguars in exchange for disgruntled cornerback Jalen Ramsey.

The Jaguars will receive the Rams’ first-rounders in each of the next two years, plus a fourth-rounder in 2021.

Ramsey tweeted a photo of himself in a Rams jersey shortly after the news broke.

Ramsey, a two-time Pro Bowler and a 2017 first-team All-Pro, requested a trade from Jacksonville after Week 2, then played on Thursday night in Week 3 but sat out the Jaguars’ last three games with a back injury.

Ramsey, who turns 25 on Oct. 24, will reinforce a Rams secondary that lost Aqib Talib (ribs) to injured reserve on Monday and Peters via trade to the Baltimore Ravens earlier Tuesday. Peters — whom the Rams acquired from the Kansas City Chiefs for draft picks in February 2018 — was dealt in exchange for linebacker Kenny Young and an undisclosed 2020 draft choice that ESPN’s Adam Schefter reported would be a fifth-rounder.

The Peters move cleared $5 million in cap space, helping the Rams acquire Ramsey, who has not been shy about his desire for a robust contract extension. Currently in the fourth year of his rookie deal, Ramsey has a base salary of $2.35 million this season and is due $13.7 million next year on his fifth-year option, the final year of his deal.

ESPN reported that the Rams and Ramsey had not yet discussed any parameters surrounding a long-term contract.

It’s unclear if Ramsey will play Sunday at Atlanta, where the Rams will try to snap a three-game losing streak.

That year’s first-rounder went to Tennessee in a trade-up for Jared Goff in 2016. L.A.’s 2018 first-rounder helped the Rams acquire Brandin Cooks from the New England Patriots, and the Rams traded out of the first round with Atlanta this past April, with the Falcons selecting offensive tackle Kaleb McGary at No. 31 overall.

Ramsey had one pass breakup and one forced fumble in three games this season. He had nine interceptions (one returned for a touchdown) and 44 pass breakups while starting all 48 games his first three seasons.

He was clear about his desire to be traded during a late-September appearance on Uninterrupted’s “17 Weeks” podcast on Sirius XM.

“I’m not sure if I’ve played my final game for the Jags yet or not, but my trade request still stands. For me, respect is a huge thing,” Ramsey said, adding, “Once respect is lost for both parties, I think it is time to part ways.”

Ramsey wasn’t the only acquisition by the Rams on Tuesday, as they also picked up offensive lineman Austin Corbett from the Cleveland Browns in exchange for a 2021 fifth-round pick.