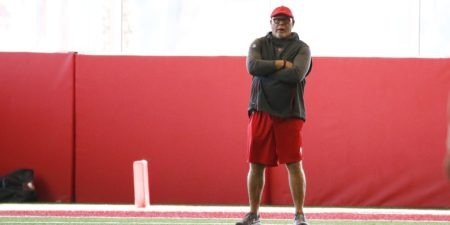 One year into retirement, Bruce Arians is reportedly set to return to coaching and take over as head coach of the Tampa Bay Buccaneers.
An official announcement was expected within 24 hours, according to multiple reports Monday.
Arians spent the 2018 season in broadcasting. He stepped down as head coach of the Arizona Cardinals at the end of the 2017 season, and said just two months ago that the only coaching job he would consider would be with the Cleveland Browns.
He has a working relationship with Buccaneers general manager Jason Licht, who was previously with the Cardinals, and Arians has worked with quarterback Jameis Winston since he was a youth football camp attendee. Licht was vice president of player personnel during Arians’ tenure as head coach with the Cardinals.
Arians, 66, is a two-time NFL coach of the year with a background coaching quarterbacks, including Peyton Manning, Ben Roethlisberger and Carson Palmer.
Other known candidates include Chiefs offensive coordinator Eric Bieniemy, Vikings defensive coordinator George Edwards and Cowboys defensive coach Kris Richard.
Speculation around Arians joining the Buccaneers included reports he would bring in dispatched Jets head coach Todd Bowles as defensive coordinator.
Arians, who was 49-30-1 in a five-year run in Arizona, would replace Dirk Koetter, who was fired after two seasons as Tampa’s head coach.
–Field Level Media