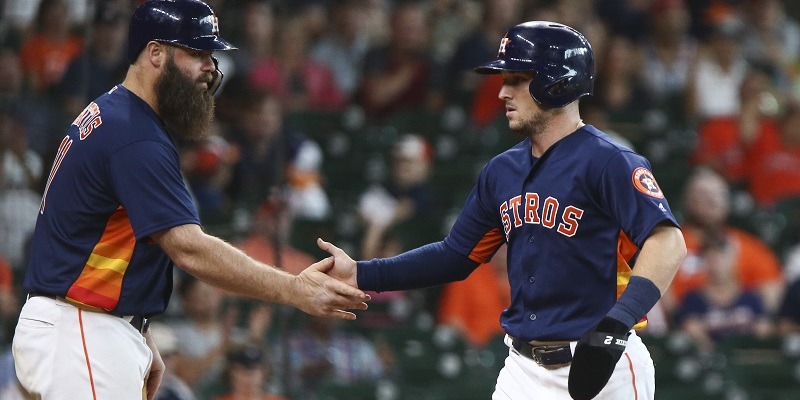 Evan Gattis fought to win a World Series ring with the Houston Astros and got one in 2017. Looking back, it feels like he lost.

Gattis was with the Astros for their historic run which has since been disgraced by revelations of a sign-stealing scheme that cost general manager Jeff Luhnow and manager AJ Hinch their jobs and a one-year ban from baseball. The repercussions swept up two other managers — the New York Mets fired Carlos Beltran and the Boston Red Sox parted with Alex Cora — who were part of the scheme in Houston in 2017.

“Everybody wants to be the best player in the (expletive) world, man,” Gattis told The Athletic’s “755 Is Real” podcast. “And we cheated that, for sure. And we obviously cheated baseball and cheated fans. Fans felt duped. I feel bad for fans.

“I’m not asking for sympathy or anything like that. If our punishment is being hated by everybody forever, just like, whatever. I don’t know what should be done, but something had to (expletive) be done. I do agree with that, big-time. I do think it’s good for baseball that we’re cleaning it up. … And I understand that it’s not (expletive) good enough to say sorry. I get it.”

Astros All-Stars Alex Bregman and Jose Altuve apologized publicly in brief statements at the start of spring training in February.

Gattis, who has since retired, isn’t the first member of the 2017 team to air a guilty conscience. Blue Jays reliever Ken Giles, the Astros’ closer in 2017, said he would give his World Series ring back if asked.

Baseball launched an investigation after former Astros pitcher Mike Fiers, now with the Oakland Athletics, told The Athletic details of the sign-stealing operation, which included reviewing signs from a digital replay room and banging a garbage a certain number of times can based on the pitch that was coming.

The Astros were stripped of first- and second-round draft picks in 2020 and 2021 and were fined $5 million, but MLB commissioner Rob Manfred said the team would not lose its World Series title.

Gattis said he didn’t think Hinch liked the team cheating by stealing signs and said Beltran and others put players under no pressure to participate.

“Nobody made us do (expletive). You know what I’m saying? People saying this guy made us, that guy made us, that’s not it. But you have to understand the situation was powerful,” he said. “You work your whole life to try to (expletive) hit a ball, and you mean you can tell me what’s coming? It was like, ‘What?’ It’s a powerful thing, and there’s millions of dollars on line and (expletive). And that’s the bad of it, too, that’s where people got hurt. And that’s not right. That’s not playing the game right.”

Manfred promised a decision on punishment for the Red Sox, who won the 2018 World Series, before the start of the 2020 season. The franchise parted with Cora and team president Dave Dombrowski.