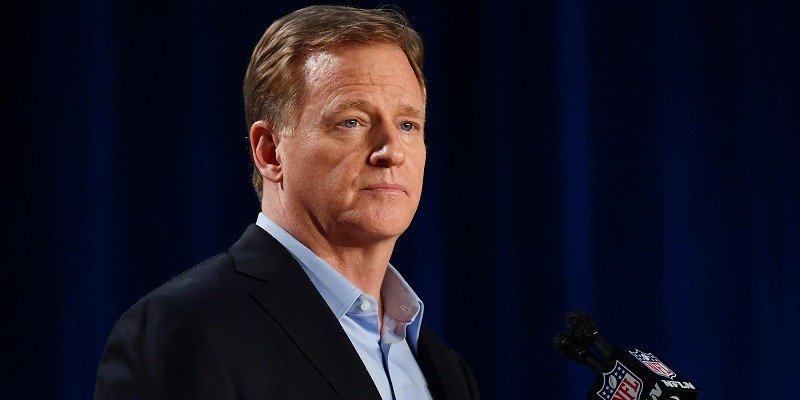 Stopping short of saying the 2020 NFL season will begin on time, NFL commissioner Roger Goodell said Thursday that the league will be prepared to “play as planned.”

Speaking with ESPN from his home before the start of the 2020 NFL Draft, Goodell was asked about the prospect of playing games without fans. He didn’t directly address the question, instead saying it is simply to early to know how the impact of the coronavirus pandemic will play out in the coming months.

“Right now, it’s too early to speculate on anything specific that we’d be focusing on. We’ve still got 3 1/2 months before we kick off (the preseason). So, I think what we’re going to do is obviously help be part of the solution. Try to help get our economy back, our country back.”

Goodell has faced some criticism for his insistence on moving forward with the start of the new league year and the draft while most all other major sports came to a standstill.

“I just believe that our job is to continue on, and to operate within whatever guidelines are necessary to keep our personnel safe,” he said. “But we also need to carry on. We need to move towards the future, we need to make sure that we’re prepared when we come out of this to be in position to start our season on time and to play our season.

Free agency and the lead-up to the draft were conducted without the typical in-person meetings with players and prospects. League and team offices have been shut down and virtual offseason programs are being implemented.

How the NFL will begin to “re-open” will depend on how the pandemic progresses, and Goodell declined to speculate on when players might return to work. The first order of business is getting league and team facilities open, which will require working on the state level and “collectively” with all 32 franchises.

“The one thing I’ve always learned, and I think it’s been evident in the past few weeks, is that it’s difficult to predict the future,” Goodell said. “Particularly in this kind of environment. None of us could have made a realistic expectation about what was going to happen over the last 60 days if you look back three or four months ago.”

“Sports are an important industry, and we think that the NFL plays an important role in that. And we’re going to do it responsibly.”

Goodell is confident that the NFL has done its part to put public safety first.

“It’s an unknown environment, and when there’s uncertainty, that’s difficult sometimes,” he said. “But I believe the NFL has always played a really, really important role in helping us get through some of these things.”