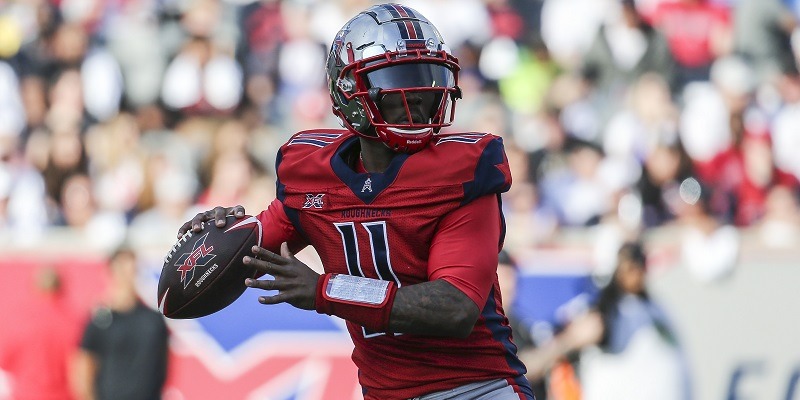 The undefeated Houston Roughnecks have emerged as the betting favorite to win the 2020 XFL Championship as the re-booted league moves into the second half of the regular season.

The Roughnecks opened at +800 at BetAmerica but have moved to +175 after winning their first four games. The story is similar at PointsBet, where the Roughnecks were +160 after Week 4 after beginning the season at +800 — third behind the Dallas Renegades (+300) and D.C. Defenders (+500).

The St. Louis BattleHawks (3-1) are the second betting favorite at both books: +275 at BetAmerica and +225 at PointsBet. The BattleHawks’ lone loss came against the Roughnecks in Week 2, and have seen their odds shorten from +1000 to start the season at BetAmerica.

“Our players have honed in on the Roughnecks as the top contender and at this stage think only the BattleHawks can give them a run for their money,” said BetAmerica’s Andrew Brown.

Roughnecks quarterback P.J. Walker is the overwhelming MVP favorite at PointsBet at -149, followed by BattleHawks quarterback Jordan Ta’amu at +130. Renegades quarterback Landry Jones fell from +650 to +1600 following news that he will miss the next two weeks with a knee injury.

Houston is expected to move to 5-0 with the Seattle Dragons (1-2) visiting this weekend. While Seattle is receiving 79 percent of the handle at DraftKings, that’s because the Dragons are 12 1/2-point underdogs.

St. Louis is responsible for 95 percent of the handle and 87 percent of the total bets at DraftKings ahead of their game at D.C., where the BattleHawks are 4 1/2-point favorites over the 2-2 Defenders.