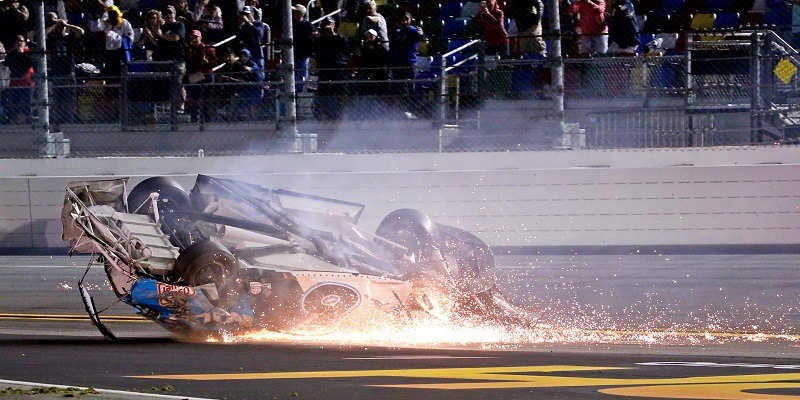 Ten weeks after suffering a brain bruise in a fiery final-lap crash at the Daytona 500, Ryan Newman said Sunday he is ready to resume driving whenever the NASCAR season restarts.

“I’m excited to be healthy and at some point to get back in the race car when the world starts turning again and thankful for the people and support that I’ve gotten, friends and family and fans, you name it, that have prayed for me and given me this multitude of miracles that has given me this opportunity to get back in the seat at some point,” he said on Fox before Sunday’s iRacing Pro Invitational Series race at virtual Talladega.

The next event on the NASCAR calendar is the Southern 500 on May 17 at Darlington Raceway in South Carolina, a race that could be held without spectators amid the coronavirus pandemic.

Newman said he intends to be there.

“That’s the absolute plan for sure. I’m healthy … and look forward to being back in the seat for sure,” he said.

Newman, 42, was leading the Daytona 500 heading into the final turn on Feb. 17 when he was bumped from behind by Ryan Blaney, then turned and slammed into the wall. Newman’s car flipped, was hit by Corey LaJoie’s Ford, flew in the air and landed on its top. The car caught fire and skidded across the finish line upside down, with flames coming from his car.

Rescue crews put out the fire and cut off the roof of the car to extricate Newman, who was transported to Halifax Health Medical Center in Daytona Beach, Fla. He was released two days later.