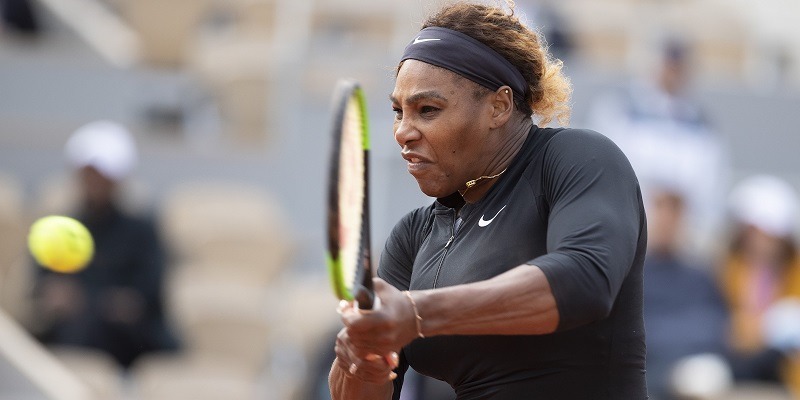 Sofia Kenin delivered an attention-getting performance on Saturday as she sent 23-time Grand Slam champion Serena Williams home from Roland Garros.
The 20-year-old Kenin needed 92 minutes to post a 6-2, 7-5 victory over the 10th-seeded Williams to reach the fourth round of the French Open in Paris.

It is just the third time that the unseeded American has notched a victory over a Top 10 player.
When three-time French Open champ Williams hit a backhand long to conclude the match, Kenin appeared like she couldn’t believe what had just occurred.
“I’m just so happy with this win — obviously, you can tell in my emotions,” Kenin said during a courtside interview.
Williams had 30 winners compared to 23 for Kenin, but she also committed 34 unforced errors. Kenin had 17.
“She just played literally unbelievable,” Williams told reporters. “She really went out there today and did great.”
The 37-year-old Williams remains one behind Margaret Court (24) for most Grand Slam titles. Williams’ next chance to tie Court will be next month at Wimbledon where she has won seven times.
Williams’ last Grand Slam title occurred in the 2017 Australian Open. She missed the next four Grand Slam events due to maternity leave and the birth of her daughter.
Kenin, ranked 35th in the world, will face eighth-seed Australian star Ashleigh Barty in the round of 16.
Kenin rolled through the opening set 6-2 before the second set was more competitive.
The second set was tied 5-5 before Kenin broke Williams’ serve. She then closed out the match on her service.
–Field Level Media (@FieldLevelMedia)