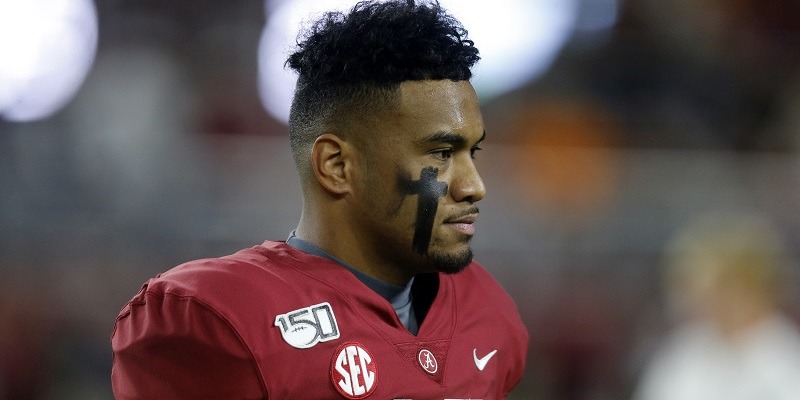 Alabama coach Nick Saban confirmed Tua Tagovailoa would return to practice on Wednesday following ankle surgery, but he isn’t tipping his hand as to whether the quarterback will play against No. 1 LSU on Nov. 9.

On the SEC coaches teleconference on Wednesday, Saban couldn’t commit to when Tagovailoa would return to action for the No. 2 Crimson Tide.

“He’ll be a game-time decision based on how he progresses,” Saban said.

Tagovailoa had surgery Oct. 20 to help recover from a high ankle sprain on his right leg. He had the same procedure done on his left leg for a similar injury last year and needed four weeks to recover. In the first game after coming back last season, he led Alabama to a victory over Oklahoma in the College Football Playoff.

Tagovailoa passed for 2,166 yards and 27 touchdowns as the Crimson Tide opened 7-0. Alabama had an easy time against Arkansas on Saturday, rolling to a 48-7 victory with Mac Jones passing for 235 yards and three TDs. Taulia Tagovailoa, Tua’s brother, also saw time, completing 6 of 8 passes for 45 yards.