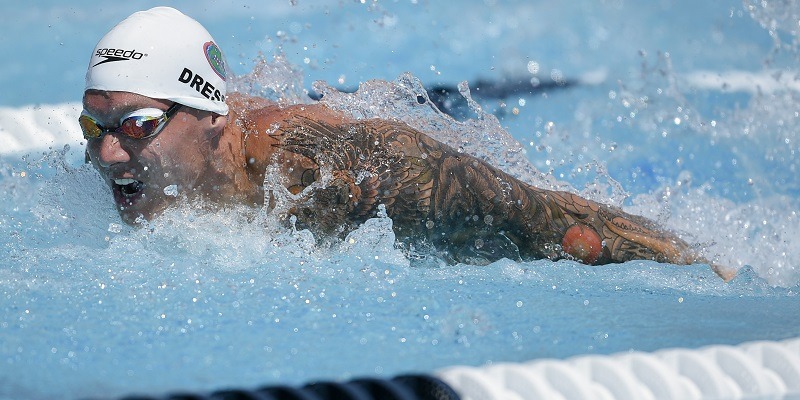 USA Swimming has called for the Tokyo Olympics to be postponed for one year due to the coronavirus outbreak, USA Today reported.

USA Swimming CEO Tim Hinchey wrote a letter to the U.S. Olympic and Paralympic Committee and asked the entity to push for a postponement.

Hinchey said the swimmers can’t properly prepare for the Olympic Trials or the Olympics due to the current circumstances caused by the pandemic.

“Everyone has experienced unimaginable disruptions, mere months before the Olympic Games, which calls into question the authenticity of a level playing field for all,” Hinchey wrote. “Our athletes are under tremendous pressure, stress and anxiety, and their mental health and wellness should be among the highest priorities.”

Hinchey wrote that the Olympics are the biggest competition of a swimmer’s life and he urged the USOPC “to use its voice and speak up for the athletes.”

He allowed that the decision is difficult but one that needs to be made.

“There are no perfect answers, and this will not be easy,” Hinchey wrote. “However, it is a solution that provides a concrete path forward and allows all athletes to prepare for a safe and successful Olympic Games in 2021.”

During a conference call earlier Friday with reporters, USOPC CEO Sarah Hirshland termed the situation as “a work in progress as the environment continues to evolve.”

USA Swimming respectfully requests that the U.S. Olympic & Paralympic Committee advocate for the postponement of the Olympic Games Tokyo 2020. pic.twitter.com/q5bhUwi05q

On Tuesday, the International Olympic Committee reiterated plans to move forward with the Olympics, which are slated to begin July 24.

The IOC stated that athletes should “continue to prepare for the Olympic Games Tokyo 2020 as best they can.”

That is proving to be difficult under the circumstances as U.S. training centers in Colorado Springs and Lake Placid (N.Y.) are currently closed due to the outbreak.

Earlier Friday, USOPC board chairman Susanne Lyons said the entity isn’t the one that will make the decision. But others, including Hinchey, feel the USOPC could use its influence to push things in the direction of a postponement.

“The decision about the games doesn’t lie directly with us,” Lyons said. “It lies with the World Health Organization, the Japanese government and the IOC. Under no circumstance would the USOPC send athletes into harm’s way if it didn’t think it was safe.”

The Olympic swimming trials are scheduled for June 21-28 in Omaha, Neb. Jacob Pebley, a 2016 Olympian, also has publicly expressed concern and asked for both the Trials and the Olympics to be postponed.

“How can we, members of Team USA and role models for hundreds of thousands of young athletes, attend Olympic Trials/the Olympics in good conscience?” the 26-year-old Pebley wrote on Instagram in an open letter to USA Swimming earlier this week. “To do so would fly in the face of all emerging evidence and best practices for social distancing and protecting the health of vulnerable communities.”