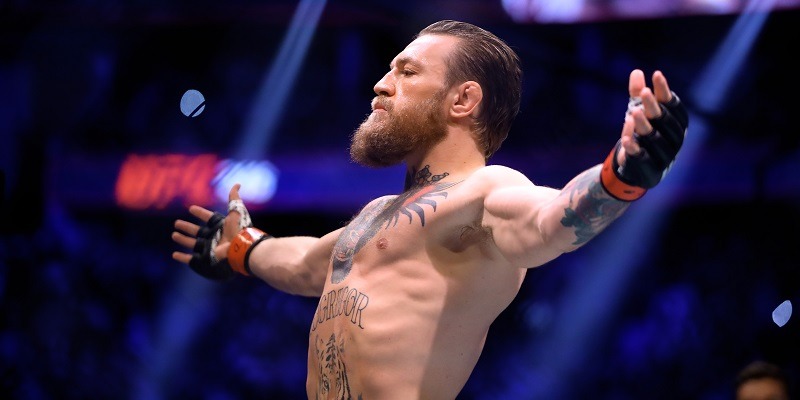 Conor McGregor is the odds-on and betting favorite to defeat Dustin Poirier in the main event of UFC 257 at Etihad Stadium in Abu Dhabi on Saturday.

McGregor is the heavy favorite among oddsmakers, including being offered at -295 by BetRivers.com. He is being backed by 87 percent of the moneyline handle at the sportsbook.

Conor McGregor’s Return To The Octagon

McGregor was last seen in the Octagon just over a year ago running over a past-his-prime Donald Cerrone in less than a minute.

Saturday is a rematch of a September 2014 featherweight fight won by knockout in under two minutes by the bombastic Irishman, but at this stage of the game, we may as well be light years removed from that result.

McGregor (22-4) has been making more headlines out of the cage than in during recent years — including, just this week, news of a multimillion-dollar lawsuit by a Dublin woman who claimed McGregor sexually assaulted her in a hotel in 2018.

Poirier, on the other hand, has became a working-class fan favorite with his propensity to take on the toughest opponents and frequently engaging them in “Fight of the Year”-caliber scraps. He is 10-2 since the loss to McGregor, claiming an interim lightweight belt over featherweight champ Max Holloway along the way.

While Poirier (26-6) lost a title unifier to Khabib Nurmagomedov in September 2019, he rebounded with a unanimous decision over Dan Hooker last June in a thrilling brawl, showing he’s still in peak form.

Even though his career has become a bit of a circus, McGregor still has a lethal left hand. He tends to do his best work early. So the longer Poirier pushes the fight, the better his chances of turning the fight in his favor and getting down and dirty.

An odd sidelight to this fight regards the state of the UFC lightweight championship. Nurmagomedov (29-0) retired following his win over Justin Gaethje in October, but UFC president Dana White, who desperately wants another fight out of him, continues to recognize him as champ. White has hinted to media over the past week Nurmagomedov could come out of retirement and face the winner, but Nurmagomedov told a Russian outlet Wednesday that fighting is not currently on his radar.