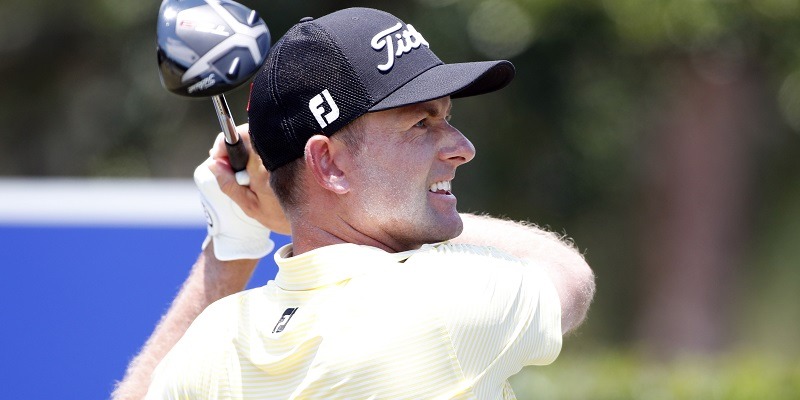 Count Webb Simpson among the skeptics of the proposed Premier Golf League.

A member at the Quail Hollow Club, site of this week’s Wells Fargo Championship, Simpson was the first to meet with the media Tuesday. His availability came hours after a report by The Telegraph that the backers of the PGL have made lucrative offers to several of the sport’s biggest stars.

The offers made to the likes of world No. 1 Dustin Johnson, Bryson DeChambeau, Brooks Koepka, Adam Scott and others have reportedly been in the $30-50 million range.

“It’s been an interesting couple of years with this other league,” Simpson said when asked about the PGL. “I don’t really get into the details at all, I let my agent handle everything, but from the beginning it seemed like something that seems pretty farfetched to actually happen.”

When rumors about the PGL began to circulate last spring, Koepka, Jon Rahm and Rory McIlroy were among the marquee players to reject the idea. The league would reportedly consist of 40-48 players competing for larger purses, with a requirement to appear in all 18 annual events culminating in a season-ending team championship.

“I love the PGA Tour,” Simpson said. “It’s given me an incredible opportunity these last 12 years of my life.

“It’s hard for me to believe that it’s really going to happen and the guys will really jump ship and go to a completely different way of golf than we’ve always had.”

According to The Telegraph, the PGL aims to start in 2022 with a plan to dole out ownership stakes for 10-12 players who would captain four-man teams.

“The money is there,” an agent told Golfweek. “I heard $1 billion. This is real.”

The proposed league was believed to have been dealt a significant blow in November when the PGA Tour and European Tour announced a “strategic alliance” that will see the two collaborate on global scheduling and potentially be the first step toward establishing a world golf tour.

Last month, Golfweek reported the PGA Tour has also established a $40 million Player Impact Program as a bonus pool for its 10 most popular stars in an effort to stave off potential defections to the PGL.

Its design is to “recognize and reward players who positively move the needle” on fan and sponsor engagement, a Tour spokesperson told Golfweek. The $40 million will be distributed among 10 players at the end of the year, with the most valuable getting $8 million.

The Telegraph reported a group of Saudi Arabian investors bankrolling the PGL has had a team of negotiators working the past few months in Florida, home to many of the sport’s biggest stars.

Webb Simpson: ‘Too many unknowns’

McIlroy said last year that he was opposed to the requirement of playing all 18 events — though they wouldn’t conflict with the four traditional majors — saying he values his flexibility. He later added, “I didn’t really like where the money was coming from, either.”

“I think there’s too many unknowns and too many things they would have to figure out for this thing to actually work,” Simpson said. “Are the best players in the world really going to go to this tour if only eight of the top 25 in the world ranking are going to go?

“I think most of these guys, they’re financially set. They want to break records, they want to win. I just think too many thing like that are going to come up.

“I don’t think throwing ‘X’ amount of money at guys is as appealing now as it maybe once was because of how great the opportunities we have on the PGA Tour. I want to go after records, not a dollar. So we’ll see what happens.”