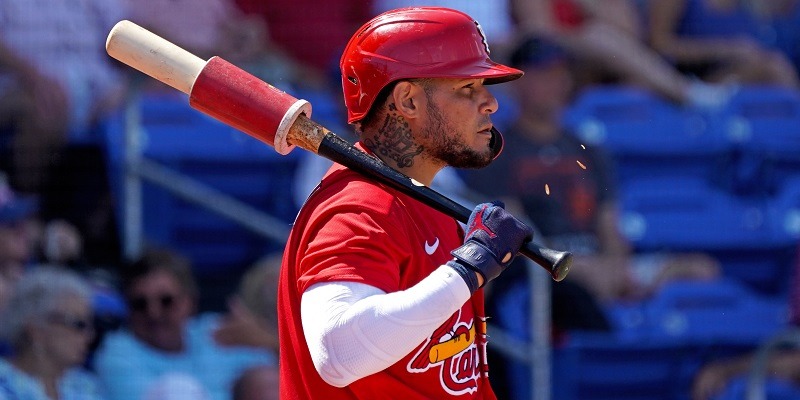 With the players’ permission, the team released the identities of six of the players on Tuesday. The others are infielders Paul DeJong, Edmundo Sosa and Rangel Ravelo, along with pitchers Junior Fernandez and Kodi Whitley.

“I am saddened to have tested positive for COVID-19, even after adhering to safety guidelines that were put in place,” Molina, 38, said. “I will do everything within my power to return as soon as possible for Cardinals fans, the city of St. Louis and my teammates. As I recover, I request that you please respect my privacy and family in my absence from the team.”

“I am disappointed to share that I have tested positive for the COVID-19 virus, even though I followed team protocols,” the 27-year-old said. “I will approach my healing as I do all other things in my life — with education, commitment, and persistence. I look forward to re-joining the team soon and ask that you respect my privacy at this time.”

The Cardinals are tentatively scheduled to resume play Friday in St. Louis against the Chicago Cubs. They have not played since July 29, also missing four games in Milwaukee against the Brewers.