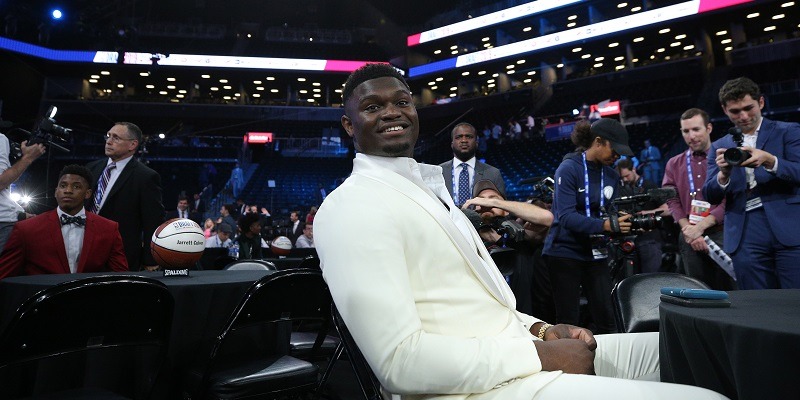 MINNEAPOLIS — NBA Hall of Famer Oscar Robertson was eyeball to shoulder alongside larger-than-life freshman Zion Williamson on Friday night, posing for photographers as he handed off the national player of the year award that bears his name and likeness, when he offered a warning for the basketball world.
“You may not believe it now, but you can get a whole lot better,” Robertson said of Williamson.
Williamson averaged 22.9 points and 8.8 rebounds, shooting 68.8 percent with a package of ferocious finishes at the rim and a soft touch from the perimeter.
“When I watched Zion, I watched his footwork and his intelligence when he went into the basket because everyone was after him. They were going to double-team him and triple-team him and do all these things to try to keep him from around the basket,” said Robertson. “He’s so gifted and he’s just so quick and so high, it’s difficult for any one person to guard him.
“And as I said before, he’s going to get better when he gets to the next level.”
Williamson was not a unanimous pick for either player of the year award he took home Friday night, but he is universally expected to be the first player drafted in June.
Williamson, who is 6-7, 280 pounds, said he still wants to talk to his family and teammate RJ Barrett — another Duke freshman projected as a lottery pick in 2019 — before making anything official.
But every indication from Williamson, Robertson and Williamson’s family in attendance suggested that his college career is over.
“Whatever NBA team I land on, that’s the team I want to — that’s where I want to be. Like whoever drafts me, that’s where I want to be,” said Williamson, who reacted to questions implying he wouldn’t want to play for the lottery-odds-leading Knicks by shaking his head and putting his massive hand over his face.
“If they draft me, I would love to play for them.”
–By Jeff Reynolds, Field Level Media