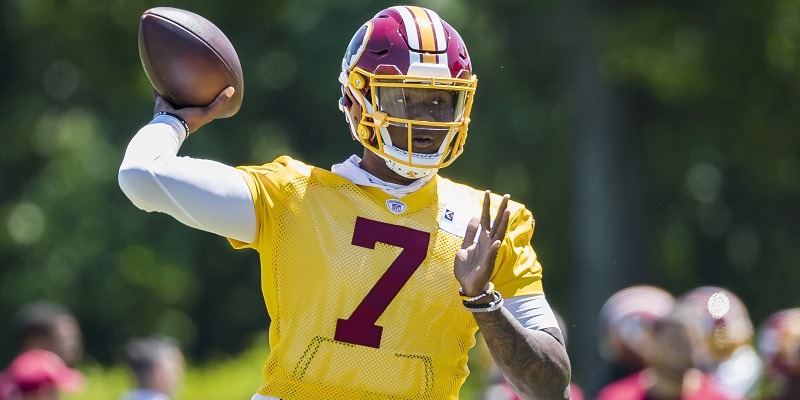 A New Jersey native who became a four-star recruit during his high school career in Maryland, Haskins flipped from Maryland to Ohio State and redshirted in 2016.
He played sparingly in 2017 (40 of 57, 565 yards, four TDs, one INT) behind senior J.T. Barrett, but was forced into action against Michigan and impressed.
As the full-time starter in 2018, he dazzled with 4,831 yards, 50 touchdowns and eight interceptions on a 70 percent completion rate, finishing third in Heisman Trophy voting.

Haskins is in the mold of a classic, cerebral pocket passer with excellent tools and a natural feel for the position. He has a very powerful arm and can make a wide variety of throws, including touch throws and off-platform deliveries, with good to great accuracy. Despite just 14 career starts, he’s an advanced field-reader for a college QB, working deep into progressions, manipulating safeties and setting protections, after handling heavy mental responsibilities in a pro-style offense.
As his lack of experience would suggest, Haskins needs some polish. His footwork gets lazy at times, and he has stretches of poor ball placement, especially when facing repeated pressure. While his pocket movement is often impressive, it’s also inconsistent, and heavy-blitzing teams gave him issues at times. He lacks great mobility and won’t create much on his own as a scrambler or runner, so protecting him will be important, especially early on.
Projection: First Round
–Field Level Media (@FieldLevelMedia)