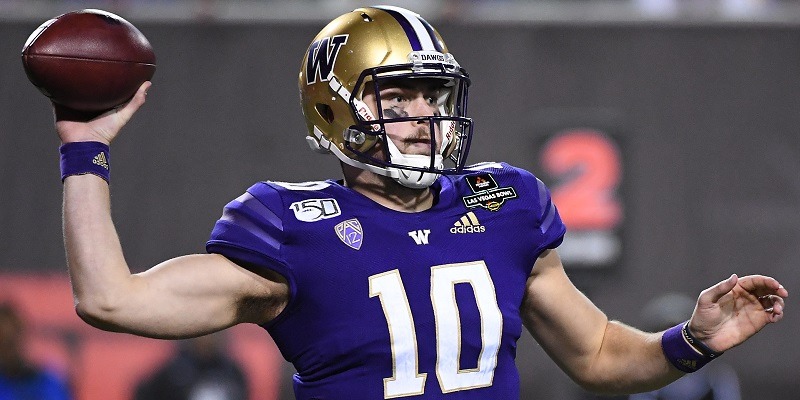 After a grueling, on-camera wait that began Thursday night at the outset of the 2020 NFL Draft, Eason was selected Saturday by the Indianapolis Colts early in the fourth round.

Eason is viewed by scouts as raw but immensely gifted. Among the knocks on Eason was his 58 percent completion rate in the fourth quarter, compared to better than 70 percent in the first quarter.

Eason began his college career at Georgia but transferred to Washington after losing a competition to Jake Fromm.

A Seattle native, Eason was the 2015-16 National Gatorade Player of the Year.

Florida International quarterback James Morgan was drafted by the New York Jets in the fourth round ahead of Eason’s former teammate Fromm. Morgan transferred from Bowling Green and is another player defined as a pocket passer by evaluators.