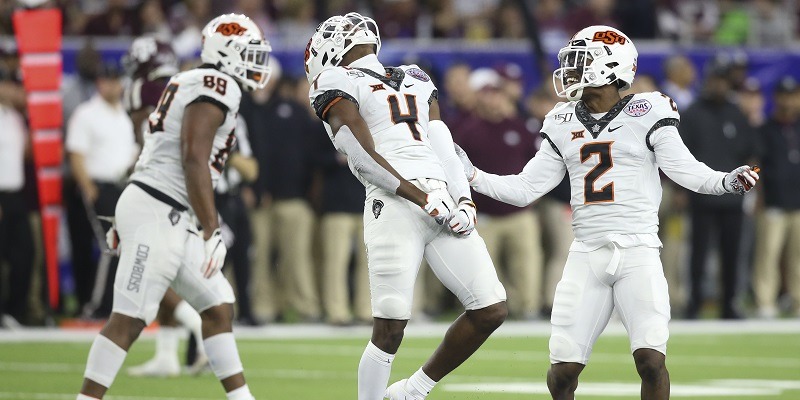 A three-year starter, Green twice earned second-team All-Big 12 honors. Battled-tested in a pass-happy league, he made 145 tackles and posted six interceptions — four as a sophomore — in the past three seasons.

Green had a solid but not standout week at the Senior Bowl, but he disappointed at the NFL Scouting Combine, tying for the third-slowest 40-yard dash (4.62 seconds) of any cornerback.

Green is one of the better all-around athletes in this cornerback class. Able to move fluidly in any direction. Backpedal is easy and natural, and plays faster than timed speed. Should be capable of operating as an inside or outside corner. Makes up for some of his technical issues as a tackler by just being an angry hitter. Good tackling radius. Flashes reactive ability in zone coverage. Able to make up for lost ground if he makes mistakes with his positioning.

Green’s frame isn’t filled out, and he may struggle to match up physically against bigger receivers. Needs to be more controlled with the steps he takes. Inexperienced working in press and doesn’t have the power to pull it off at a high level. Approach is more hesitant than patient. Bounces off hits and ends up ankle-biting on a lot of shots. While a quick accelerator, long speed is a question, exacerbated by his slow 40 time.

Antoine Cason, retired — Cason didn’t have the most illustrious of NFL careers, but he started 60 games. Green compares well to the former Charger, a quality athlete who made a living off quickness and body control. Green might take some time to adapt to the NFL game, but his potential is worth investing in.