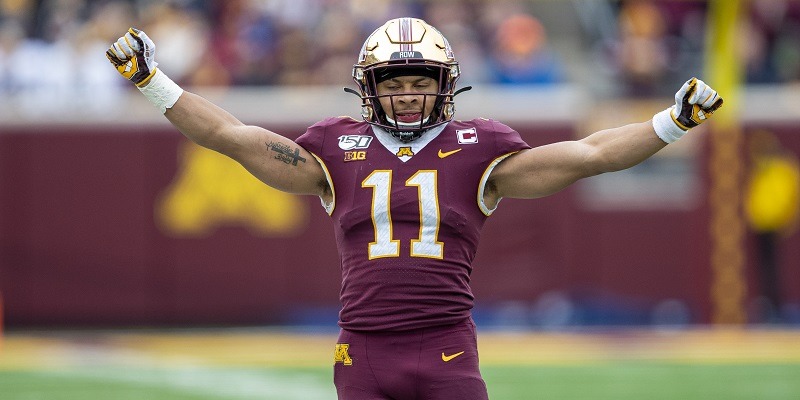 Winfield surprised many by blazing a 4.45-second 40-yard dash at the NFL Scouting Combine, tied for third-fastest among safeties, and was above average in the jumps.

Winfield has great football instincts and is a takeaway machine. There are times that it feels he has a sixth sense as to exactly what the offense is doing. If the pass is thrown near him, he will catch it. Once he catches it, he’s a threat to score anytime. He has the ability to contribute on special teams, either in coverage or as a return man, giving him added value from the day he is drafted. Fiery, physical player who channels emotion in a positive manner and tackles well. Adept blitzer with positional versatility to play cornerback in the slot or on the boundary. He also has the ability to play safety. Well built (203 pounds) despite short stature (5-9).

Winfield is undersized and probably a better fit in a zone scheme than man-to-man, which will likely take him off several teams’ boards. Despite his great testing, he doesn’t play like the fastest player on the field, and matchup problems are a reality he will need to overcome. Has a tendency to play too loose with his hands in coverage. Usually a good tackler but can get into the habit of diving at the feet of the ball carrier with his shoulder instead of wrapping up.

Desmond King — Los Angeles Chargers: Questions about long speed are a temporary hindrance. Winfield is a good football player with the brains and ball skills to mute critics. Like King, Winfield has the versatility to play as an overhang defender and occasionally cover certain players in the slot. King also entered the league with some prowess as a punt returner, as Winfield does, providing some immediate value.