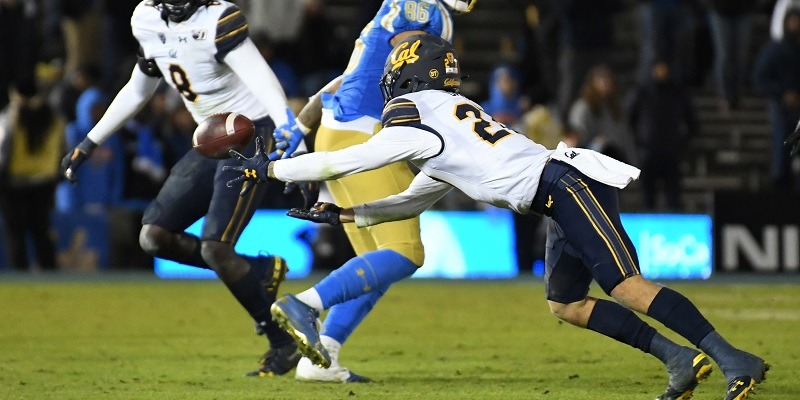 A former walk-on, Davis started 32 career games, including first-team work at cornerback, safety and kickoff returner. He entered the starting lineup as a redshirt freshman in 2016 as a cornerback. He tied for the lead in FBS with 39 kick returns in 2017 and started the final six games at safety. He garnered All-Pac-12 notice as a junior in 2018 and started 11 games he played in as a senior in 2019.

Davis attended the Senior Bowl but did not participate due to an undisclosed postseason surgery, which also kept him from doing anything more than the bench press at the NFL Scouting Combine.

A speedy, instinctive and hard-hitting free safety, Davis’ maniacal playing style will endear him to coaches and teammates. Easy athleticism with greasy knees and loose hips to change directions fluidly and accelerate in a flash. Tops out with above-average speed. Hyper-aggressive. Trusts his eyes and attacks the ball, allowing him to play even faster than he’ll run for the stopwatch. Has a lanky build but is a determined thumper who typically knocks ball carriers to the ground immediately. Often lined up as a single-high free safety, and possesses the speed and awareness to handle this responsibility. Top recognition skills. Trusted to drop down and handle coverage of receivers, tight ends and backs. Quick to read run with no fear. Impressive body control, timing and hand-eye coordination in the air. Standout hurdler on the Cal track and field team, as well. Named an All-American in 2018 and won the 2017 Pac-12 championship in the 110m hurdles with a personal best time of 13.50 seconds.

While a reliable open-field tackler, Davis takes risky angles in pursuit and fails to wrap completely. Most of his hits are delivered with enough force to knock ball carriers to the ground, but he will need to improve in this area against the bigger, stronger and more balanced opponents he’ll face at the next level. Davis’ Tasmanian Devil playing style does result in some mistakes in coverage, with savvy NFL quarterbacks sure to attempt to bait him with pump-fakes.

Damarious Randall, Cleveland Browns — A first-round pick by Green Bay in 2015 in part because of his elite athleticism, Randall was traded to Cleveland after busting at cornerback. Davis may have even higher upside, but like Randall, inconsistent tackling is a concern.