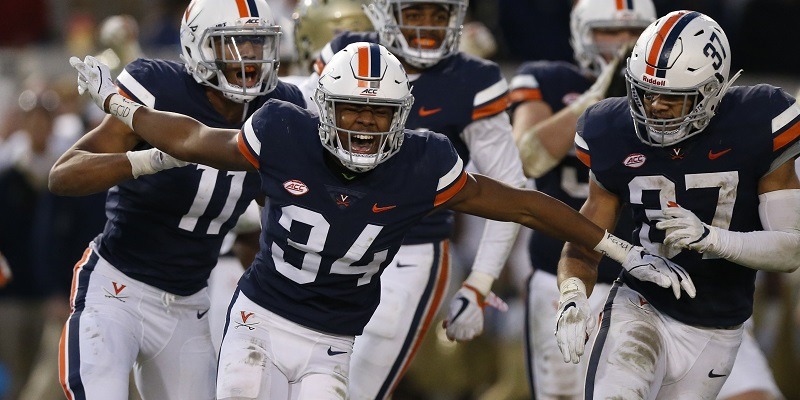 A four-year starter, Hall is experienced in a variety of coverage techniques, which will suit him well in the NFL. He was a second-team All-American in 2018, when he picked off two passes and led the nation with 22 pass breakups. His senior season ended with a broken ankle on Oct. 11, 2019.

The injury kept Hall from going to the Senior Bowl or participating in any drill other than the bench press at the NFL Scouting Combine.

Hall offers nice size and plays like the former wide receiver he is. He locates the ball quickly and shows no panic, timing his leap and snaking his long arms into those of the intended receiver to break up the play. Savvy defender who uses his length and route anticipation to choke passing angles and force quarterbacks to look elsewhere. Has plus physicality and is able to quickly rip free from receiver blocks in the running game. High character player.

Hall has only average twitch and straight-line speed for a position that typically requires both, especially given the explosiveness he’ll face on the outside in the NFL. A bit reliant on reading and re-routing receivers, lacking the wheels to recover if his instincts are wrong. While generally a reliable tackler, Hall will duck his head on impact on occasion and fail to wrap securely.

Ahkello Witherspoon, San Francisco 49ers — Like the 6-3, 195-pound Witherspoon, Hall’s best attributes are his length, strength and ball skills. He projects best in a zone or heavy press scheme. Some clubs will project him at safety, like what the Chargers have done with Desmond King, a former Thorpe Award-winning cornerback from Iowa.