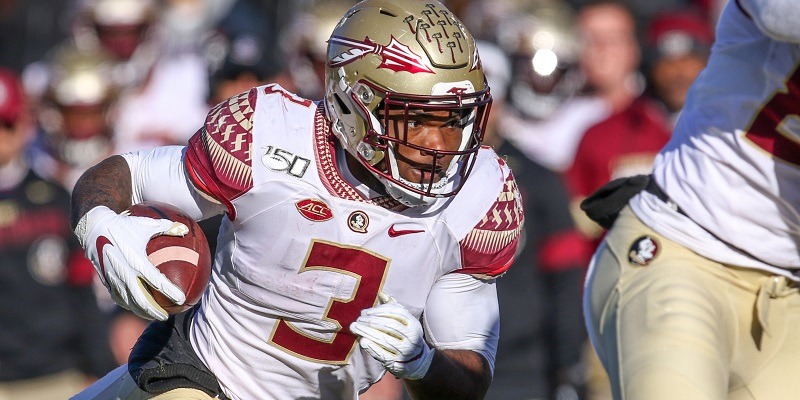 The five-star recruit ran for 1,024 yards as a freshman and topped 1,000 again last season (1,144), when he scored 14 times on the ground. Akers never developed into the second coming of Dalvin Cook at Florida State as some anticipated, but he wasn’t helped much by shoddy quarterback and offensive line play.

Akers turned heads at the NFL Scouting Combine, posting the fifth-fastest 40-yard dash (4.47 seconds) at the position and looking very sharp in drills.

Akers is a short, squatty back with a package of elusiveness, burst and power to project as a solid contributor and potential starter at the next level. Gifted natural runner equally capable of exploding through holes when they are there, as well as showing patience and vision to allow things to set up. May not possess elite breakaway speed but has a legitimate second gear once he clears the line of scrimmage. Shifty in tight spaces but not reliant on making defenders miss, showing a good stiff-arm, forward lean, leg drive and determination to finish for maximum gain. Soft, reliable hands out of the backfield, showing the ability to adjust to poorly thrown passes. Surprisingly effective in pass protection.

Akers lacks the frame of a traditional NFL bell-cow back, measuring shorter and slighter than preferred. Can fall in love with his own moves, dancing too much at times and failing to keep the chains moving in search of bigger, flashier plays. Left Florida State with 69 receptions for 486 yards and seven touchdowns but rarely was asked to run anything more complicated than simple dump-offs or screens, with an occasional wheel route. Just average ball security, fumbling eight times over the past two seasons. Missed some time with various soft-tissue injuries over his career.

Austin Ekeler, Los Angeles Chargers — Like the 5-10, 200-pound Ekeler, Akers is a somewhat unique talent who can accurately be described as over- and underrated. He projects as a quality NFL contributor but may be running toward a time-share role at the next level.