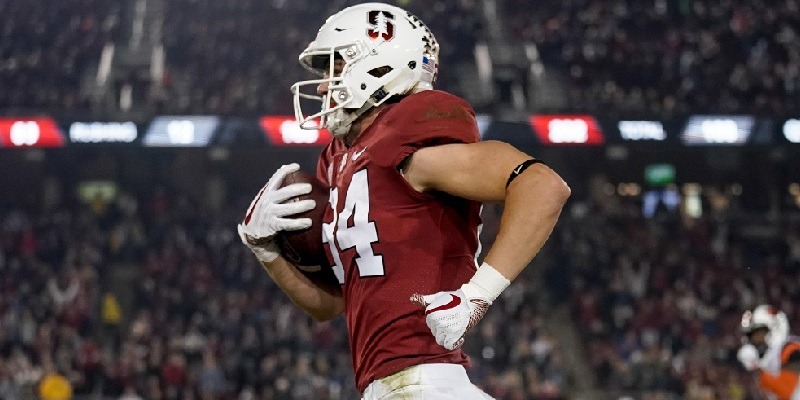 Parkinson caught nearly twice as many passes in 2019 (48) as he did as a sophomore (29), although his touchdowns vanished in Stanford’s injury-plagued offense. He scored only once last season after a breakout 2018 campaign in which he scored seven times.

Parkinson mostly disappointed at the NFL Scouting Combine, ranking below average or near the bottom in most testing drills, including the worst broad jump (109 inches) among tight ends.

Parkinson boasts an intriguing frame with excellent height, long limbs and the potential to gain significantly more mass. Surprisingly quick off the snap given his size, showing light feet and easy acceleration. Best attribute is his ball skills, where Parkinson uses his condor-like wingspan to provide a huge catch radius. He shows good timing and body control in contested situations, as well as strong, sticky hands. Consistently catches the ball at its highest point.

Parkinson has some ‘tweener traits, including a high-cut frame and string beans for legs that make it difficult for him play with the pad level and power necessary to provide much as a front-line blocker. He accelerates smoothly but lacks the juice to frighten NFL defensive backs over the top, allowing them to sit on short and intermediate routes. Reliant on his size to overwhelm defenders at the catch point, as he lacks the balance and burst out of his breaks to create separation.

Mike Gesicki, Miami Dolphins — Parkinson’s size, speed and ball skills will be better utilized in the NFL, although it likely will be as a massive slot receiver rather than the traditional in-line tight end like so many former Stanford products. Parkinson and Gesicki (2018 second-rounder) have the potential to be red-zone mavens.