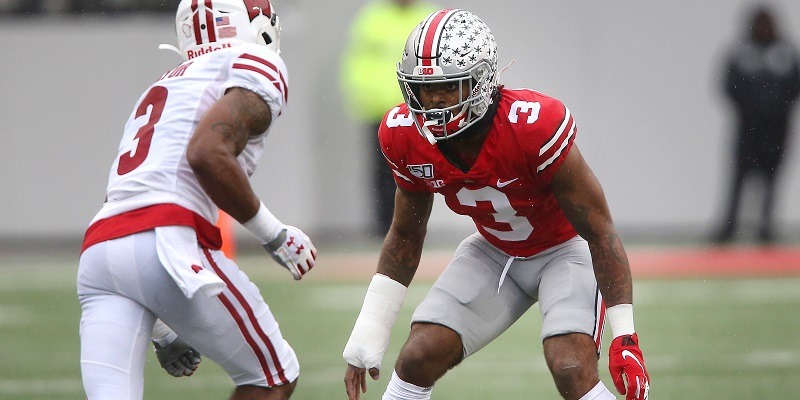 Arnette tarted 38 times for one of the nation’s elite programs, earning second-team All-Big Ten honors as a senior and finishing with 140 tackles and 27 passes defensed, including five interceptions. His senior year highlights included a 96-yard interception return for a touchdown vs. Indiana.

Arnette accepted his Senior Bowl invite but had to pull out due to an undisclosed injury. He took part in only the 40-yard dash at the NFL Scouting Combine, running a bit slower than average at 4.56 seconds.

Arnette became a three-year starting cornerback for a team that routinely produces quality NFL defensive backs. While a tick short, he sports a compact, well-developed frame with a rat terrier-like tenacity. Quick pitter-pat feet allow him to stick to the hip of speedy receivers. Willing to throw a strong punch, knocking receivers back, although he doesn’t incorporate this technique often. Starting experience shows in his route-recognition, including when switching off downfield. Capable on the outside or in the slot. Aggressive open-field tackler.

Unlike most Ohio State players, Arnette does not wow with his size or speed. A better player than athlete, relying on positioning and moxie more than elite agility or acceleration. Gets away with some holding downfield, using his trailing arm to snake around receivers to re-route. Lack of ideal arm length occasionally shows up when he lunges for ball carriers just out of his grasp.

Chris Harris, Denver Broncos — Like the 5-10, 199-pound Harris (an undrafted free agent out of Kansas in 2011), Arnette is a better player than prospect in some regards. He won’t dazzle in workouts, but he deserves kudos for his consistency and competitiveness, projecting best as a “starting” nickel due to his size limitations and comfort near the line of scrimmage.