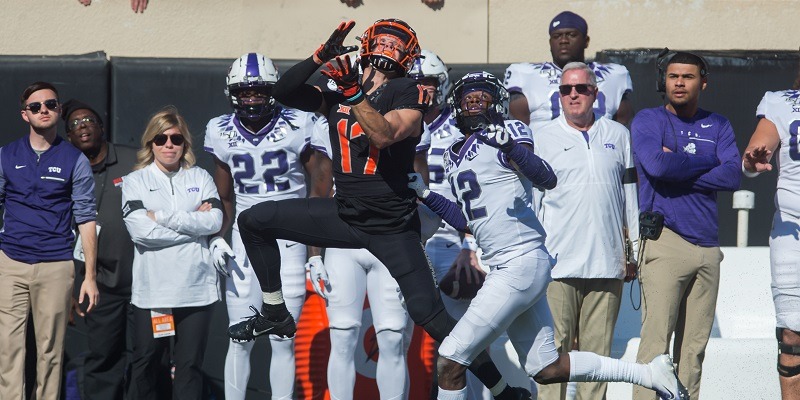 Gladney is a battle-tested, four-year starter who made 146 career tackles, with five interceptions and 43 passes defended for the Horned Frogs. He earned first-team All-Big 12 honors in 2019 while getting second-team All-America nods from a couple outlets.

Gladney pulled out of the Senior Bowl due to a sore knee, but he was healthy in time for the NFL Scouting Combine, where he impressed with a 4.48-second 40-yard dash, a 37 1/2-inch vertical leap and 124-inch broad jump.

Gladney is a twitchy cover-corner with elite quickness and straight-line speed. Plays faster than his (very good) timed speed. Terrific initial burst at the snap, gaining depth with his backpedal and smoothly transitioning to remain on the hip of receivers. Plays with a chip on his shoulder and bigger than his size suggests. Experience inside at nickel as well, and he has the toughness to handle this role in the NFL. Scrappy tackler, taking aggressive paths toward the ball and willing to fight through blockers to get there. Trusts his athleticism to handle coverage and often sneaks peeks at the quarterback, putting him in position to make game-changing plays. Shows route awareness and communicates well with teammates to pass off routes and find the ball.

Gladney looks stouter on tape than he was officially listed at TCU (183 pounds), but he possesses just average size for the position, with little room on his frame for additional muscle mass without a loss of quickness and speed. He lacks ideal arm length (31 7/8 inches) to cloud passing lanes when caught trailing and when competing in jump-ball situations. Showed some stiffness at the combine, with the worst 3-cone drill (7.26) among cornerbacks.

Aaron Colvin, free agent — Just as the scrappy 6-0, 191-pound Colvin made a name for himself feasting on the up-tempo passing attacks of the Big 12, Gladney proved a statistical standout for TCU. While lacking the size scouts would prefer, he has speed, savvy and grit, projecting as longtime quality contributor.