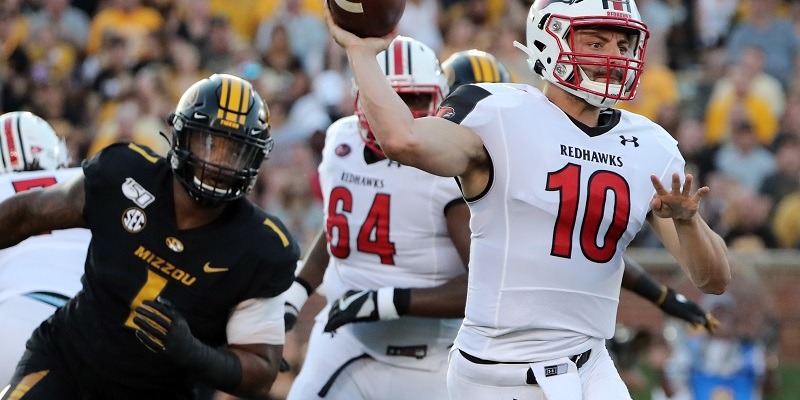 An All-American in high school, Elliott went to Texas but struggled, tallying eight tackles (1.5 for loss) in minimal work while battling injury. He transferred to Missouri and sat out 2017 — earning the Tigers’ scout team defensive player of the year award — before becoming a playmaker as a redshirt sophomore: 24 tackles (eight for loss) and three sacks. He built on that in 2019 by nearly doubling his tackle total (44) and notching 8.5 TFLs and 2.5 sacks with three batted passes before declaring for the draft.

Despite good athleticism on tape, Elliott’s workout at the NFL Scouting Combine was a bit sluggish, as he finished below average in most drills.

Elliott has great physical tools for a defensive tackle, with good height, a thick build (especially in the lower body) and a high level of athleticism. His first step is quick, and he can burst into gaps to penetrate while showing the flexibility to dip under blocks or redirect to the other side of a blocker. He packs a punch on impact, rocking O-linemen back, and he shows impressive strength to absorb blows even when in a poor position. He can be disruptive as a pass rusher at times and has played a variety of alignments and techniques during his college career.

Elliott has too many bad habits, and he needs significant development to become a trustworthy player. He plays too high and without great awareness in the run game, forcing him to work harder than he should to anchor or defeat blocks. He can be caught getting greedy and washed out of his gap, and his motor idles too often. Elliott’s arms are quite short (32 3/8 inches), so he must improve at shedding blockers’ hands. As a pass rusher, he flashes a few moves but doesn’t have much of a plan at this point, often content to stop his rush when initially stymied.

Adolphus Washington, free agent — Once a highly regarded recruit, Elliott is very talented, but he has significant work to do in order for coaches to trust him in a rotation. He has upside as a pass rusher, but he’s not consistent enough to earn regular passing-downs snaps, nor is he a finished product vs. the run. Washington had similar issues and wound up busting, but that doesn’t mean Elliott can’t figure it out.