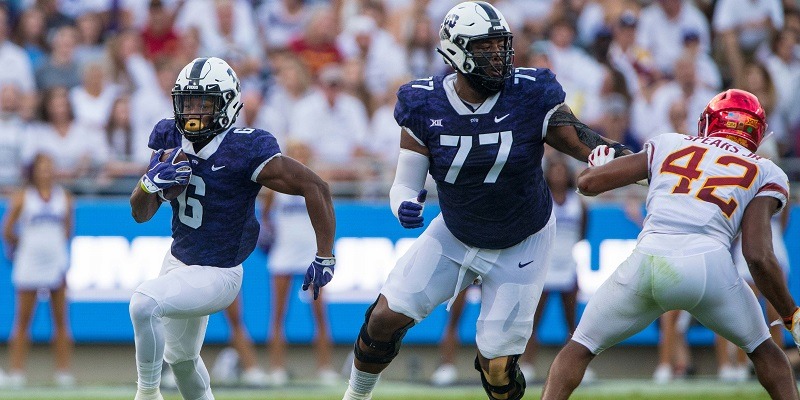 Niang was in his third season as a starter at right tackle before undergoing season-ending surgery to repair a torn labrum in his hip after seven games last season. According to the team, he allowed just one sack in his college career (2016) with two holding penalties.

Niang was not able to participate at the Senior Bowl or NFL Scouting Combine as he continues to recover from the hip injury.

A massive right tackle who anticipates the snap count and beats defenders to the punch, Niang fires off the ball in the running game and shows easy balance and agility sliding out in pass protection. Belying his frame, he has fared better in pass protection than as a run blocker throughout his career. There is no panic in his game, as he uses his extension ladder-like limbs and natural girth to force pass rushers to run quite an arc around him.

Niang carries plenty of extra weight around the middle, although it doesn’t seem to slow him down. Has lined up exclusively at right tackle at TCU and projects best there in the NFL, due to his portly frame. Is not the physical dominator in the running game that his size suggests, opting to wall off defenders much of the time rather than imposing his will on them. Pass protection prowess was aided by an up-tempo offense that rarely asked the quarterback to hold the ball for long.

Cordy Glenn, Cincinnati Bengals — Prior to emerging as a standout left tackle at Georgia and later with the Buffalo Bills and Bengals, the 6-6, 345-pound Glenn lined up at guard and right tackle. Girth, functional athleticism and potential position versatility are attributes Glenn and Niang share.