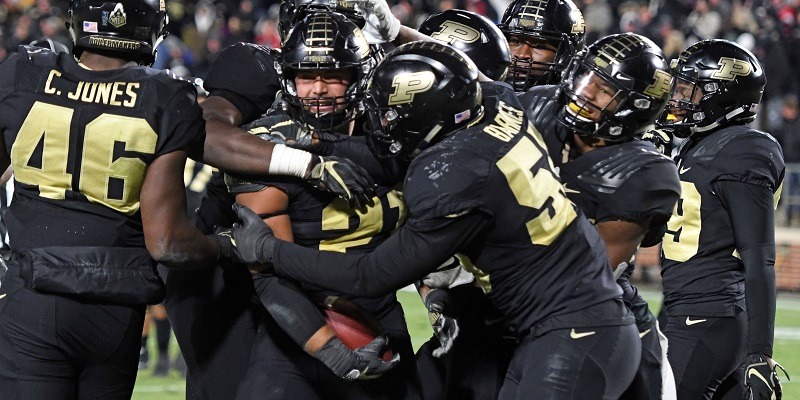 A co-captain in his fifth year with the Boilermakers in 2019, Bailey recovered from a knee injury three games into his freshman season in 2015 to become a four-year starter, only to be lost for the year with a season-ending knee injury last September. He is a focused worker and driven athlete with 204 total tackles between his sophomore and junior seasons.

Bailey was not healthy enough to participate in any drills but the bench press (15 reps) at the NFL Scouting Combine.

Bailey looks the part and is a very technical tackler. Uses excellent form and drives through his target. Able to snag runners on the move and still manage to drag them down. Strong enough to take on blocks and not fold. Proficient inside linebacker and could be functional as an outside linebacker. Savvy player who rarely makes mental mistakes. Great at keeping track of the ball’s path in crowded areas. Heart of the Purdue defense. Makes up for his athletic limitations with excellent positioning in coverage. Disciplined and calm under pressure. Simplistic blitzer but has enough power to threaten unprepared blockers. Hands are active when he has to take on blockers. Focus rarely wavers. Smart pathfinder in pursuit.

Average tackling radius and closing speed make it hard for Bailey to hunt down shifty guys in space. Injury history is a massive red flag, as he has received two knee surgeries and a hip surgery. Doesn’t have the ability to pick up guys in man coverage and carry them upfield. Not the greatest of lateral movers and will have a harder time dodging blocks in the NFL because of it.

Kendell Beckwith, Tampa Bay Buccaneers — Beckwith’s career has been derailed by injuries, but when on the field, he has been productive for Tampa. Bailey shares the same intelligence, looks as good navigating through high-traffic areas and has potential to be a solid starter.