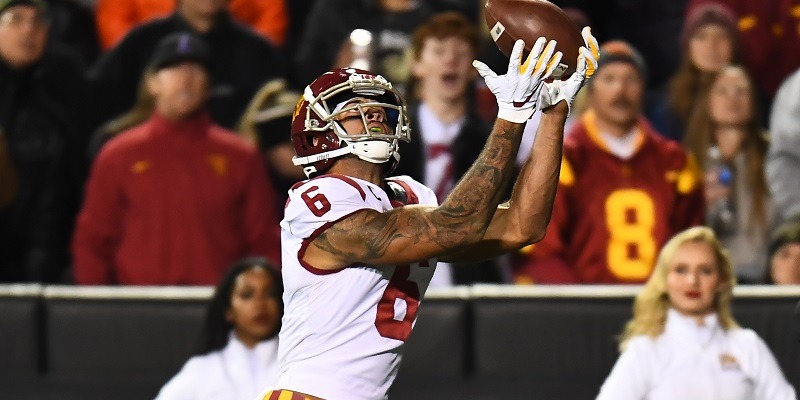 Pittman’s father, Michael Pittman, playing running back for 11 years in the NFL (Arizona, Tampa Bay and Denver), catching 425 passes during his career. The younger Pittman enters the NFL off a monster senior season in which he made 101 receptions for 1,275 yards and 11 touchdowns.

He ran an impressive 40-yard dash (4.52) for a man of his size at the NFL Scouting Combine, and his 3-cone (6.96) was outstanding, ranking fourth among all wideouts.

Pittman is a physically imposing split end with a prototypical blend of height, bulk, strength and body control. Smooth off the line of scrimmage, showing savvy in slipping past press coverage, as well as impressive agility to avoid and accelerate efficiently. Quality and efficient route-runner, coordinating his upper and lower body beautifully to create space. Incorporates subtle variances in his gait and good balance (not to mention a variety of routes) to keep defensive backs guessing. He is a big receiver who plays big, using his long arms and strong hands to vacuum footballs out of the air.

Despite good quickness and build-up speed for a receiver of his size, Pittman isn’t quite a standout athlete for the position. Benefited from USC’s creativity to create matchups, and struggled at times to create separation against twitchier cornerbacks. Could do a better job of selling pass on running plays, coming off the snap slowly to tip opponents as to the play-call. Runs a bit hot and cold as a downfield blocker, as well.

Sidney Rice, retired — Rice was extremely productive — especially at finding the end zone — at South Carolina, with a good combination of size and savvy. Pittman’s frame, physicality, bloodlines and strong hands suggest that he, too, could emerge as downfield weapon in the NFL.