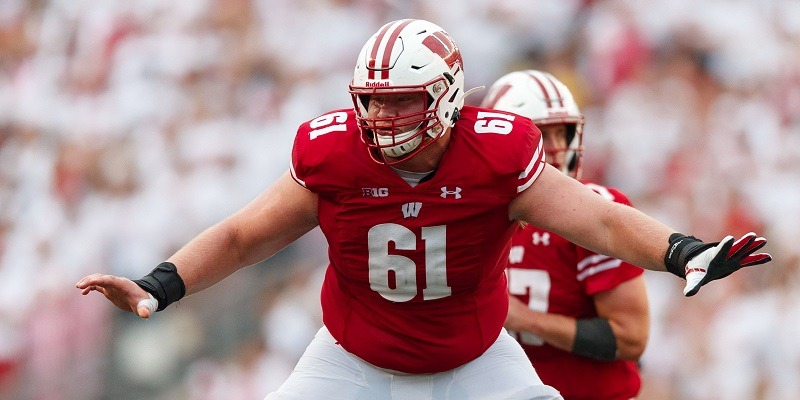 An All-American as a senior, Biadasz also was the Rimington Award winner as the top center in college football in 2019. He started every game of his career — 41 — at center and left Madison with one year of eligibility remaining.

Biadasz did not work out at the NFL Scouting Combine after having arthroscopic surgery on the AC joint in his shoulder.

Biadasz looks the part of an NFL center, with a short, stubby frame well-suited for trench warfare. Plays on the balls of his feet with knees bent. Has the natural ballast to anchor versus bull rushers. More athletic than he looks, with snap-to-step quickness to knock back defensive tackles at the point of attack. Impressive agility when pulling. Won’t wow during workouts but is very efficient, understanding his flight plan prior to snapping the ball and taking direct routes to linebackers at the second level. Strong hands and overall upper-body strength. Does little things well. Finishes blocks and looks for secondary targets once he’s finished with one defender. Prepares like a pro.

A stubby frame likely limits Biadasz to the center position (not either guard spot) at the next level. While his compact frame helps him maintain proper pad level, his relatively short arms limit his reach. Can be forced to lunge toward defenders, leaving him off-balance and occasionally on the ground. Requires a close look during medical testing. Underwent surgery on his shoulder following the 2019 season after undergoing hip surgery after his sophomore season.

Cody Whitehair, Chicago Bears — Lacking the preferred length and athleticism, Biadasz is not a fit for every scheme, but he is a polished and proven three-year starter in a pro-style scheme. Assuming team doctors are OK with his medical grades, Biadasz projects as a plug-and-play candidate at center.