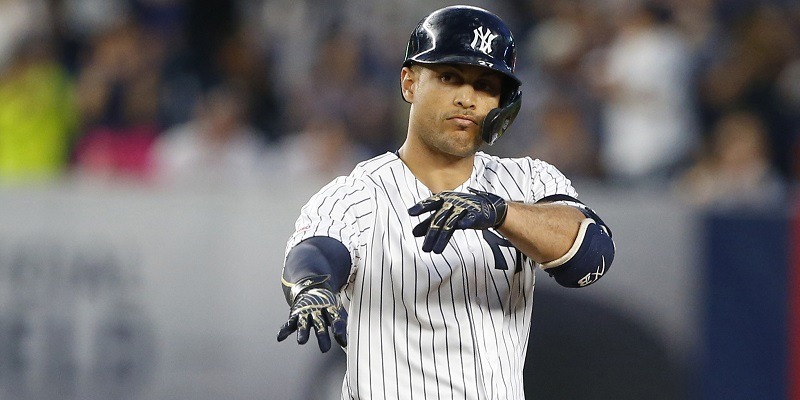 According to Vegas Insider, the Houston Astros are now the favorites to win the baseball championship, at 6-5. Their ALCS opponent, the New York Yankees, are second at 3-1.

The odds are very similar to where they stood when the playoffs started, relative to each team. When the Division Series began, Vegas Insider had the Astros favored to win it all at 7-5, while the Yankees were 3-1. The Nationals and Cards were again a far cry from the AL heavies, with Washington at 16-1 and St. Louis at 20-1.

The only wild-card team remaining, the Nationals give bettors plenty of reason for hope. They have arguably been in playoff-like situations the longest, they sport a dominant 1-2 punch on the mound in starters Max Scherzer and Stephen Strasburg, and they just knocked off the Dodgers, winning a do-or-die Game 5 of the NLDS in Los Angeles on Wednesday night.

The Dodgers entered the playoffs as a bigger favorite than the Yankees, settling in behind the Astros at 5-2.

Houston isn’t hurting for pitching either, with Justin Verlander, Gerrit Cole and Zack Greinke giving the Astros the best starting three left in the playoffs. Cole in particular has been dominant, going 2-0 and giving up only one run in 15 2/3 innings over two starts in the ALDS, striking out 25 Tampa Bay batters and walking only three.

He went eight innings in the Astros’ 6-1 win over the Rays in the winner-take-all Game 5 on Thursday.

As for the ALCS and NLCS, the Westgate Las Vegas SuperBook has Houston as a minus-185 favorite over New York, while a bettor can get the Yankees at a plus-155 price for the series. The Nationals are a minus-120 favorite over the Cardinals while St. Louis is an even-money bet to win the series.

While the Astros and Yankees (vs. Minnesota) were heavy favorites in their Division Series, the Cardinals entered their series against Atlanta again as even-money underdogs (the Braves were minus-120) while the Nationals could be had at Westgate at +190. The Dodgers were minus-240 favorites.