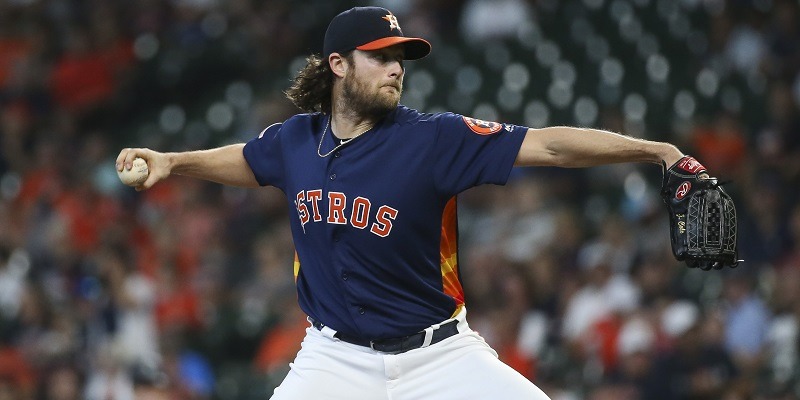 NEW YORK — The New York Yankees used their 2008 first-round pick on Gerrit Cole with the hope he would dominate opposing hitters and pitch in a postseason game someday.

More than a decade later, Cole will take the Yankee Stadium mound, but for the Houston Astros, in Game 3 of the American League Championship Series on Tuesday afternoon.

“I’m just going to treat it like it’s the next game, man,” Cole said. “I mean, we know that they’re obviously very talented, and it’s going to be a dogfight.”

The series is tied 1-1. The Yankees earned a 7-0 victory in Saturday’s Game 1 before Houston won 3-2 on Sunday thanks to a game-tying homer from George Springer off Adam Ottavino in the sixth inning and a game-winning blast from Carlos Correa in the 11th off J.A. Happ.

“We know what’s at stake,” Houston manager A.J. Hinch said. “The emotions are real out there. The intensity, our fans were incredible these two games. We’re going into a crazy environment at Yankee Stadium tied 1-1.”

The Astros are aiming to avoid going 0-3 at Yankee Stadium as they did in the 2017 ALCS and are hoping Cole can continue the dominance that has made him a favorite to win the AL Cy Young Award.

Cole was 20-5 with a 2.50 ERA and led the majors with 326 strikeouts. He then dominated twice in the American League Division Series against Tampa Bay.

In Houston’s five-game series victory, Cole pitched in Games 2 and 5. He struck out 15 in 7 2/3 scoreless innings Oct. 5 and then helped the Astros advance by striking out 10 in eight innings Thursday.

“It’s tough,” Yankees right fielder Aaron Judge said of facing Cole. “A lot of people really haven’t figured him out. So, we’ll have a good game plan going into Game 3.”

Cole was drafted out of high school with the 28th overall pick but opted to attend UCLA where he teamed up with Trevor Bauer. Three years later, Cole was taken by the Pittsburgh Pirates with the first overall pick and then made his major league debut in 2013.

Cole did not pitch in New York when the teams met for a four-game series June 20-23. He allowed three runs in seven innings of a 6-3 win over the Yankees on April 9 and is 1-0 with a 4.15 ERA in two career starts against New York.

Luis Severino will make his eighth career postseason start Tuesday and will pitch for the first time since allowing four hits in four scoreless innings of a 5-1 win over Minnesota in the ALDS on Oct. 7.

Severino started Games 2 and 6 in Houston in the 2017 ALCS and the Yankees will be hoping to get some length from him after James Paxton lasted 2 1/3 innings in Game 2, forcing the Yankees to use eight relievers.

The Yankees have scored 18 runs in their two postseason home games so far but could be without Giancarlo Stanton on Tuesday. Stanton homered in Game 1 but tweaked his quadriceps in an earlier at-bat Saturday and sat out Sunday.

“I’m not sure exactly what they’ll run him through but we’ll kind of see and then make a decision moving forward,” manager Aaron Boone said at a Tuesday press conference. “But I don’t really have much more information at this point.”

If Stanton does not play, Cameron Maybin likely would start in left field