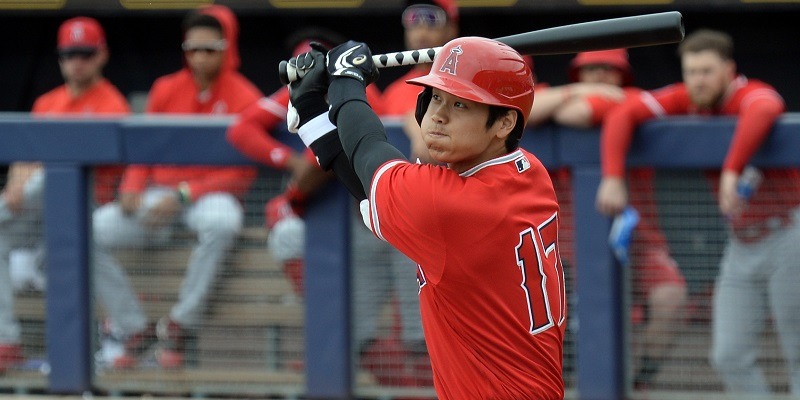 Los Angeles Angels pitcher and designated hitter Shohei Ohtani was scheduled to play catch Friday for the first time since Tommy John surgery.
The 2018 American League Rookie of the Year will throw 60 to 70 light tosses, per the Los Angeles Times.
Ohtani, who began hitting soft toss last week, is not expected to be back in the Angels lineup until May, and even then he will be used only as a hitter. The team doesn’t expect to send him back to the mound until the 2020 season.
The 24-year-old had surgery to repair the ulnar collateral ligament in his right elbow on Oct. 1.
Ohtani hit 22 home runs with 61 RBIs last season, in a year when he also made 10 starts on the mound, compiling a 4-2 record with a 3.31 ERA.
–Field Level Media