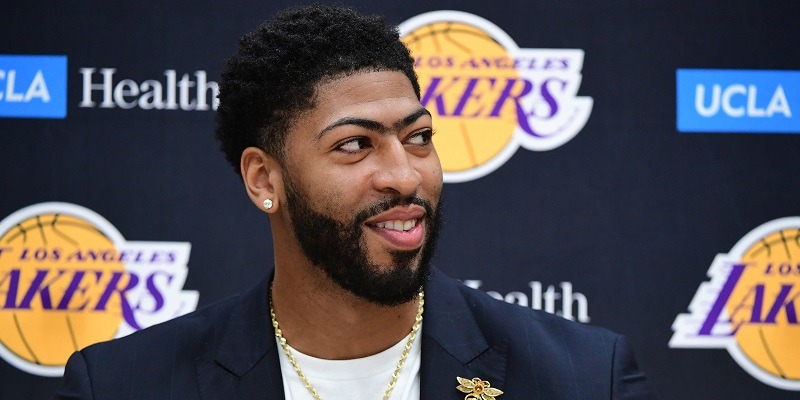 New Orleans star Anthony Davis will meet Wednesday with new Pelicans executive vice president David Griffin, The Athletic reported.
Davis requested a trade before the All-Star break and then told media he would consider all options if the Pelicans were willing to move him.

Griffin, who was hired in April, has said he hopes to convince the 26-year-old big man to stick around and build a contender alongside presumptive No. 1 draft pick Zion Williamson of Duke.
“We’ll probably sit together in Los Angeles at some point around the draft workouts that take place there,” Griffin said last week on a team conference call. “And I think that’s the next step — really to look each other in the eye and talk about what’s important to us. And we’re very optimistic from previous conversations with Rich Paul, his agent, and with all of the people here that know Anthony and know what he’s about, we’re very confident that we have a compelling situation for him here.
“And if winning is what he is indeed all about, which we have every reason to believe, we feel confident that we can create — and are creating — the right environment for Anthony and frankly for high-caliber players of all types to want to be a part of. This is something that we hope creates an energy that recruits itself, and Anthony would just be one step in that process.”
Davis reportedly was unmoved by the Pelicans landing the No. 1 pick via the draft lottery and is ready to dig in his heels to force a trade to a bigger market with win-now resources.
The six-time All-Star averaged 25.9 points and a career-high 12.0 rebounds to go with 3.9 assists and 2.4 blocks in 56 games in 2018-19.
–Field Level Media (@FieldLevelMedia)

One thought on “Report: Davis meeting with Pelicans VP Griffin”