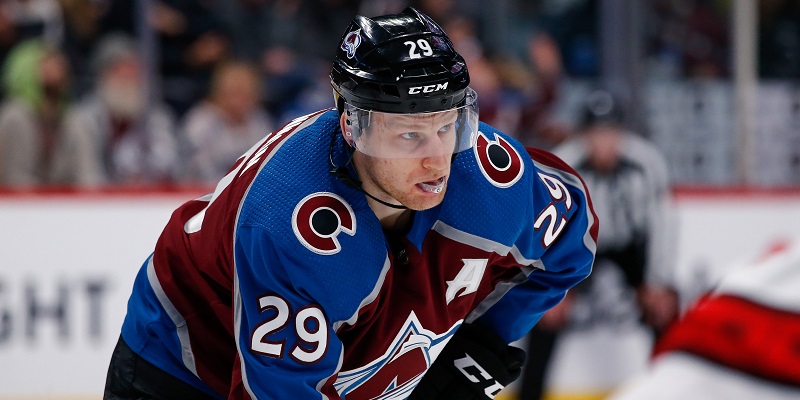 The Colorado Avalanche remain the Stanley Cup favorites as the puck drops on the 2021 NHL season Wednesday night.

The Avalanche were installed as the favorites shortly after the Tampa Bay Lightning won the 2020 Stanley Cup in September. Those odds have remained steady at most sportsbooks, with BetRivers.com offering the Avalanche at +750 and DraftKings offering them at +650.

Colorado is being backed by 24.8 percent of the handle at BetRivers and 32 percent at DraftKings, by far the most at either book. Of all the Stanley Cup winner bets placed at DraftKings, 28 percent have been on Colorado.

The Lightning, who will be without four-time All-Star Nikita Kucherov for at least the regular season due to a hip injury, have the second shortest odds at +750 at both books. However, Tampa Bay is not among the top four most wagered-on teams at BetRivers.com and isn’t among the top 10 at DraftKings.

Edmonton Oilers center Connor McDavid enters the season as the Hart Trophy favorite at +450 by DraftKings. Right behind the first overall pick in 2015 is the top pick from two years before him in Colorado center Nathan MacKinnon.

MacKinnon is +450 to win the MVP award but is being backed by the most action with 29 percent of the total bets and 25 percent of the handle at DraftKings. McDavid is second at 8 and 18 percent, respectively.

Third is Tampa Bay center Auston Matthews at +800. Yet another former No. 1 overall pick (2016), Matthews is being backed by 5 percent of the bets and 17 percent of the handle.