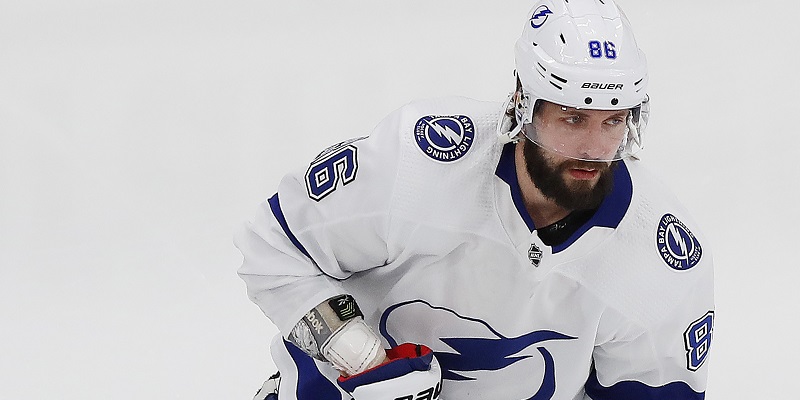 The Tampa Bay Lightning’s odds of repeating as Stanley Cup champions lengthened Wednesday after the team announced forward Nikita Kucherov will miss the regular season due to a hip injury.

The four-time All-Star will undergo surgery next week and the Lightning hope he can return for the playoffs.

Tampa Bay was the co-Stanley Cup favorite along with the Colorado Avalanche at +650 by DraftKings on Wednesday morning. In the hours after the Kucherov announcement, the odds had shifted to the Avalanche being offered at +600 and the Lightning at +750.

Colorado was installed as the early 2021 favorite by SportsBetting.com at +700 shortly after Tampa Bay claimed the Stanley Cup in September. The Lightning and the Vegas Golden Knights were right behind at +750.

The Avalanche were still being offered at +700 on Wednesday night, but are now the co-favorites with the Golden Knights while the Lightning’s odds have lengthened to +800.

While the Lightning have been back by the third-most bets at nine percent, they’re tied for sixth-most with just four percent of the total money wagered coming in on Tampa Bay.

He won the Hart Memorial Trophy, Art Ross Trophy and Ted Lindsay Award in 2018-19 after scoring a career-high 41 goals and leading the league in assists (87) and points (128).

Kucherov signed an eight-year, $76 million contract extension in July 2018, an annual cap hit of $9.5 million for the Lightning.