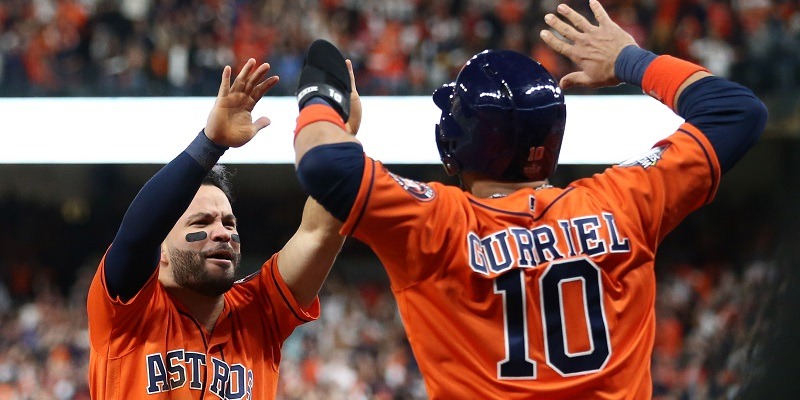 The Astros were on the wrong side of baseball history Wednesday night, but that hasn’t soured sportsbooks on the odds of Houston continuing its run of success that began with a World Series title in 2017.

As the Washington Nationals were celebrating the franchise’s first World Series title inside of Houston’s Minute Maid Park, the Astros had already been installed as the favorite by most books to recover triumphantly in 2020.

Meanwhile, DraftKings was offering all three teams as +550 co-favorites.

PointsBet was the only book offering another team at lower than 10/1 odds, with the Boston Red Sox at +900.

The Nationals? With third baseman Anthony Rendon entering free agency and World Series MVP Stephen Strasburg facing a decision on his opt-out clause in the 72 hours after the World Series, Washington was being offered at +1000 by PointsBet, +1400 by FanDuel and +1200 by DraftKings.

While the Nationals’ odds are being held down by the unknown futures of Rendon, Strasburg and others, the Astros have been installed as favorites despite the expected departure of ace Gerrit Cole. The 29-year-old right-hander is entering free agency, and the 2020 World Series odds likely will shift once he chooses his next destination.

But with a roster that includes a core of stars in their primes, a strong pitching staff and emerging youngsters including Yordan Alvarez, the Astros are built for years of continued prominence despite Wednesday’s heartache.