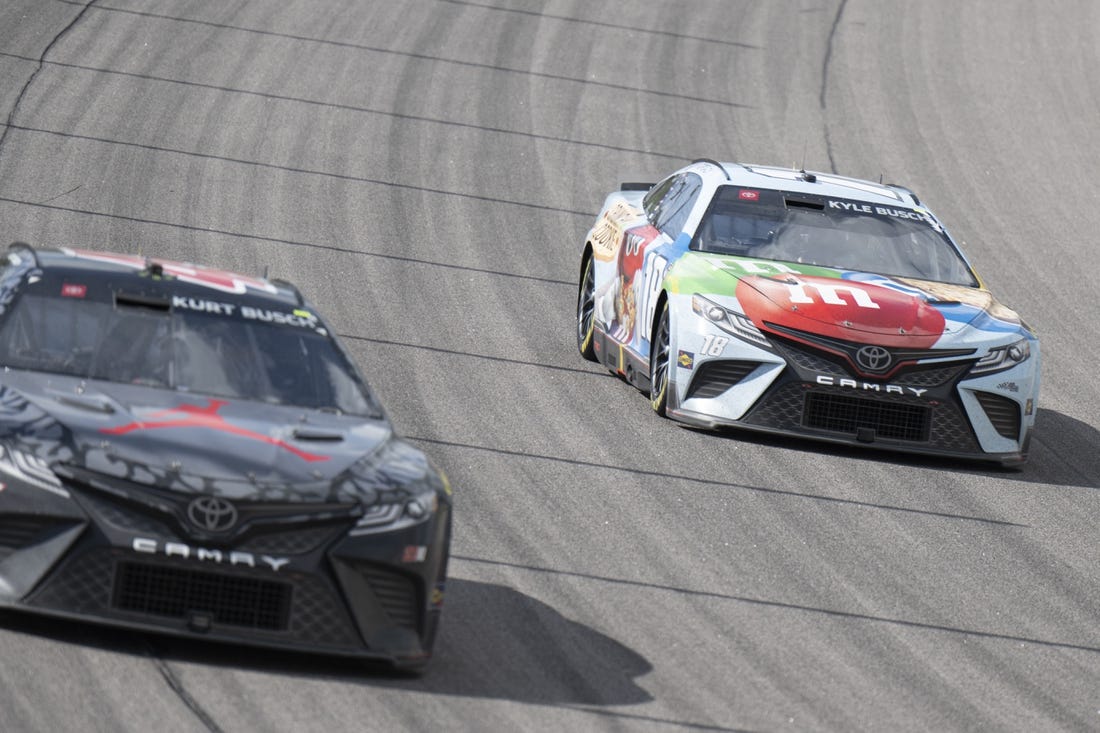 Kurt Busch dominated the second half of the race but had to pass Kyle Larson with eight laps remaining to win the AdventHealth 400 NASCAR Cup Series race on Sunday at Kansas Speedway in Kansas City, Kan.

The 2004 Cup champion found himself in third on the race’s final restart with 33 laps to go and was part of a three-car breakaway with Larson and brother Kyle Busch.

The 43-year-old slid his No. 45 Toyota for 23XI Racing — an ownership group that includes Michael Jordan and Denny Hamlin — and raced side-by-side with Larson with nine circuits left.

Then Busch completed the pass off Turn 2 on the next lap and outran Larson’s No. 5 Chevrolet to win by 1.413 seconds. The win was the 34th of Busch’s career, his first with Jordan Brand as his sponsor and his first since winning at Atlanta last July, ending a 27-race winless streak.

“I had to beat the Kyles (Larson and Busch). I beat both,” Busch said. “It was like the Kyle-and-Kyle show. … If I could get one Kyle, I could get both. I just had to have the confidence.”

The Las Vegas native has recorded a win in 19 different seasons of his Cup career and became the 11th different driver to win in 2022. He led five times for 116 laps.

“We as an organization have kind of let these guys down — I’m talking about Bubba (Wallace) and Kurt — with so many mistakes made on pit road and whatnot,” Hamlin said. “Just can’t thank Kurt enough. And it was Jordan Brand’s first race. I’ve certainly never had this kind of feeling, even for a win for me. (Winning as an owner) is just different.”

In the 13th race of the year, the halfway point of the regular season, a major temperature change occurred when Saturday’s warmth was washed away with race-day morning rain at the 1.5-mile superspeedway, which was hosting its 33rd Cup race.

That shift forced a change in handling on the new Next Gen cars, as teams fought tire wear all afternoon. The event saw eight caution periods in all.

Kyle Busch, who qualified sixth, maneuvered his No. 18 Joe Gibbs Racing Toyota past four cars on different pit strategy to claim Stage 1 over Ross Chastain for his first stage win.

The Busch brothers showed the way in the 85-lap segment, and Kurt defeated Kyle by two seconds to secure his first stage win since last July in Atlanta. 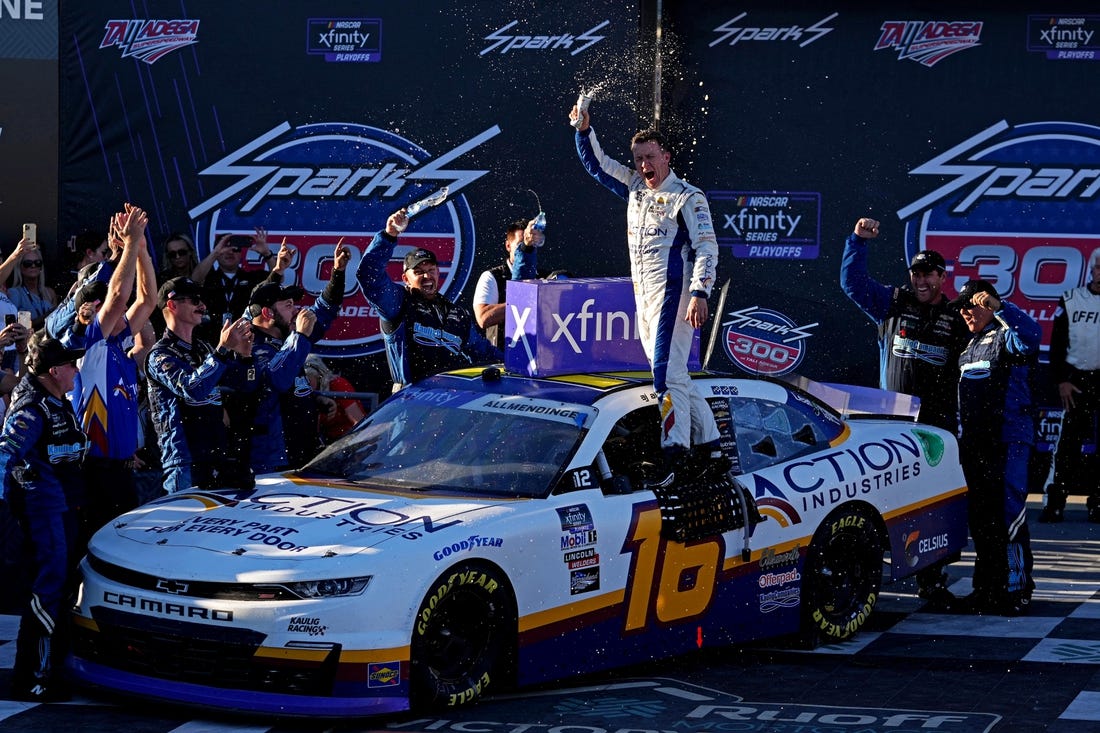 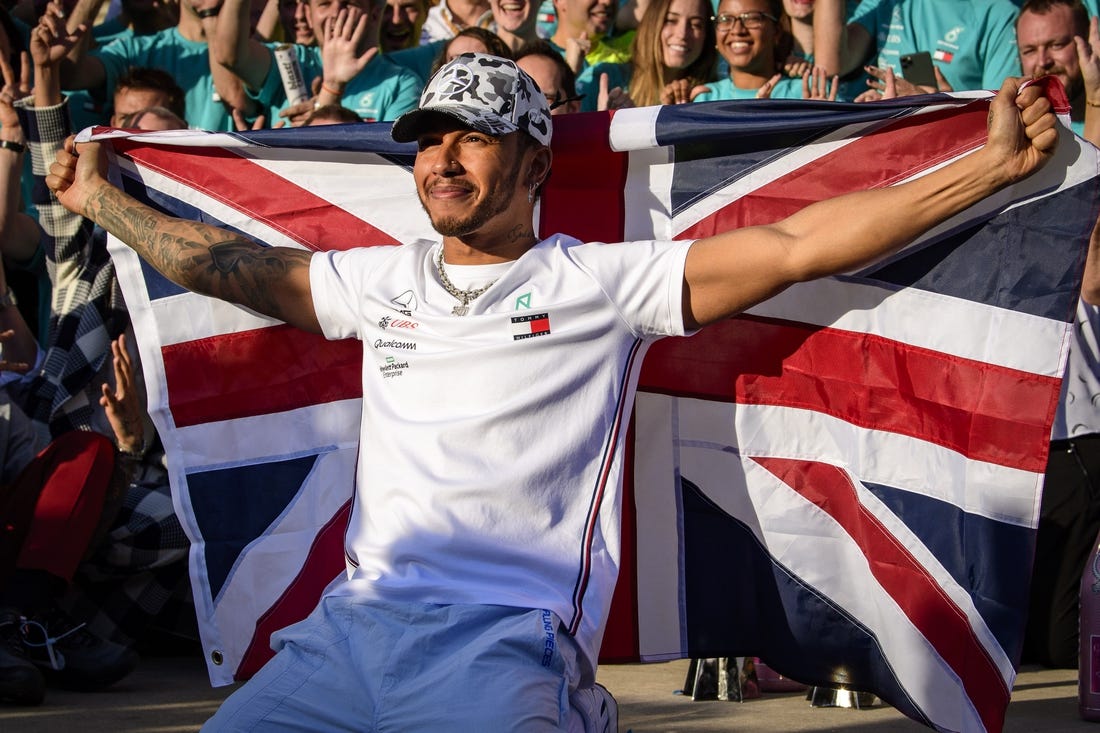 Lewis Hamilton will race five more years and chase an eighth Formula One world championship, according to Mercedes boss Toto Wolff. Hamilton, 37, signed a two-year extension at the start… 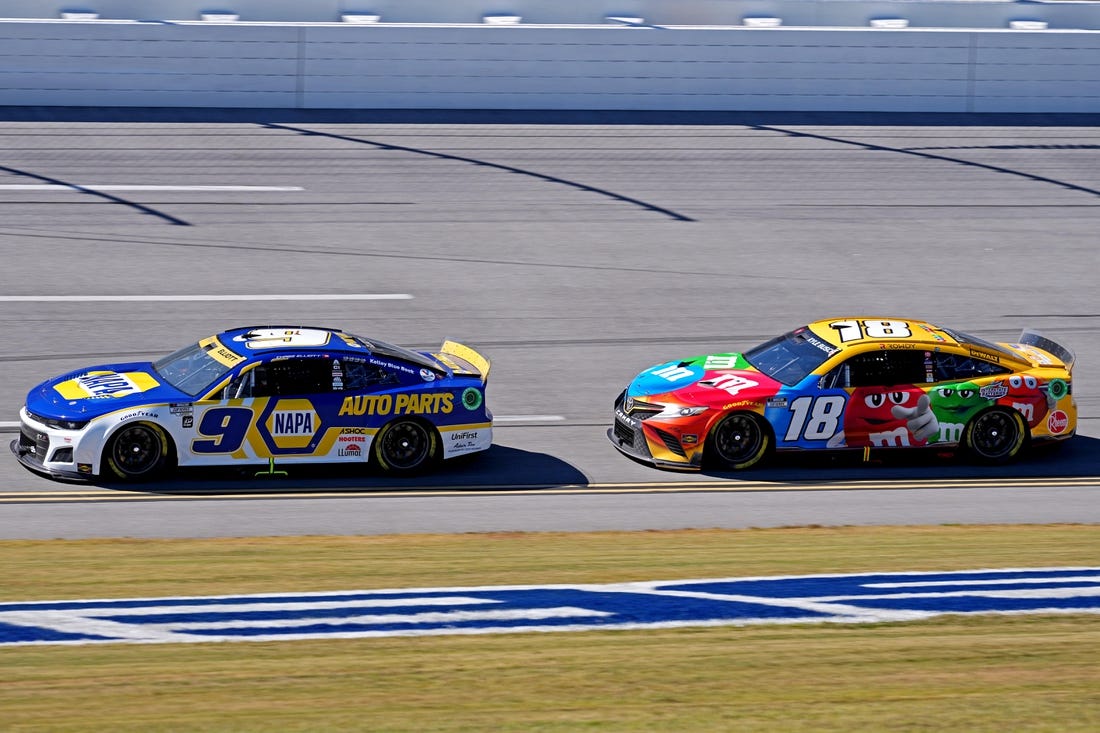