Behind resurgent offense, Padres chase another sweep of Reds 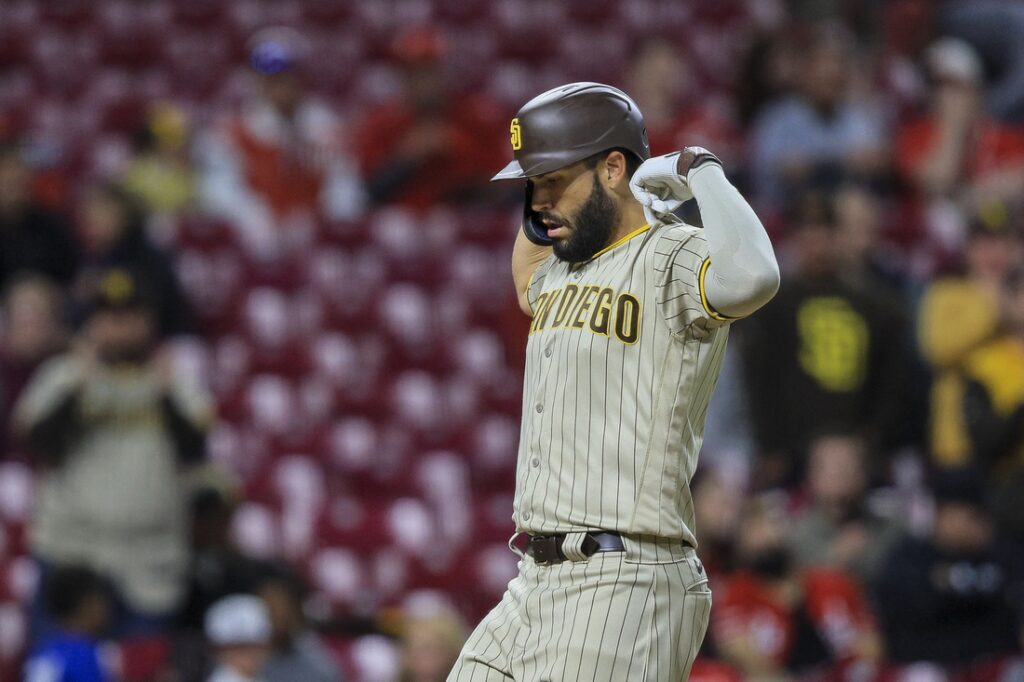 The visiting San Diego Padres will attempt to continue their newfound offensive explosiveness as they aim to sweep the Cincinnati Reds in the finale of a three-game series on Thursday.

The Padres, who were struggling to find steady offense, are pursuing their second three-game sweep of the Reds in a week and a 3-0 start to their eight-game trip through Cincinnati, Pittsburgh and Cleveland.

San Diego scored eight times in the fourth inning on Tuesday and held on for a 9-6 win. In the Padres’ 8-5 win on Wednesday, Jurickson Profar’s three-run homer keyed a four-run third.

“I think it’s a great start to the road trip,” Padres manager Bob Melvin said. “We’ve been struggling a little bit offensively. We’ve had some games where we’ve scored a bunch of runs, but we haven’t been able to do it consistently.

“Any time you get an eight-run inning, you’d like to be able to follow it up later, but any time you can put runs up there, we’ll take it.”

For the Reds, who have lost 13 of 14, Tommy Pham has enjoyed tremendous success against his former team. Pham homered Wednesday, his third this season against the Padres.

Tyler Mahle (1-2, 6.88 ERA) will make his team-leading fifth start of the season when he takes the hill for the Reds in the matinee finale of the six-game homestand.

Mahle has failed to complete five innings since beating the Braves on Opening Night in Atlanta on April 7. Since then, he has allowed 13 runs in 12 innings over three starts.

San Diego will counter with right-hander Nick Martinez (0-2, 4.30 ERA), making his first career appearance against the Reds. The 31-year-old veteran will make his fourth start of the season, looking for his first major league win since June 25, 2017, when he went five innings in a road victory over the New York Yankees while pitching for the Texas Rangers.

Martinez pitched for the silver-medal-winning United States national team at the Tokyo Olympics in 2021.

Stephenson sustained a concussion on April 19 when San Diego’s Luke Voit attempted to jar the ball loose at the plate on a slide but instead drove Stephenson’s head into the ground.

“We might keep him back (in Cincinnati) just because he might be able to get more work in, the type of work he needs, here,” Bell said. “That does not mean he couldn’t join us in Milwaukee or even be playing by then.”

“It’s a literal dream come true,” Diehl said. “You could write a book about this. It’s awesome. I’m excited for the opportunity. We’ll see what happens. A lot of hard work, a lot of determination went into this and I’m excited to pitch at Great American Ball Park.”

With friends, family and his fiancee in attendance, Diehl retired all six batters he faced in the Wednesday game, striking out two.