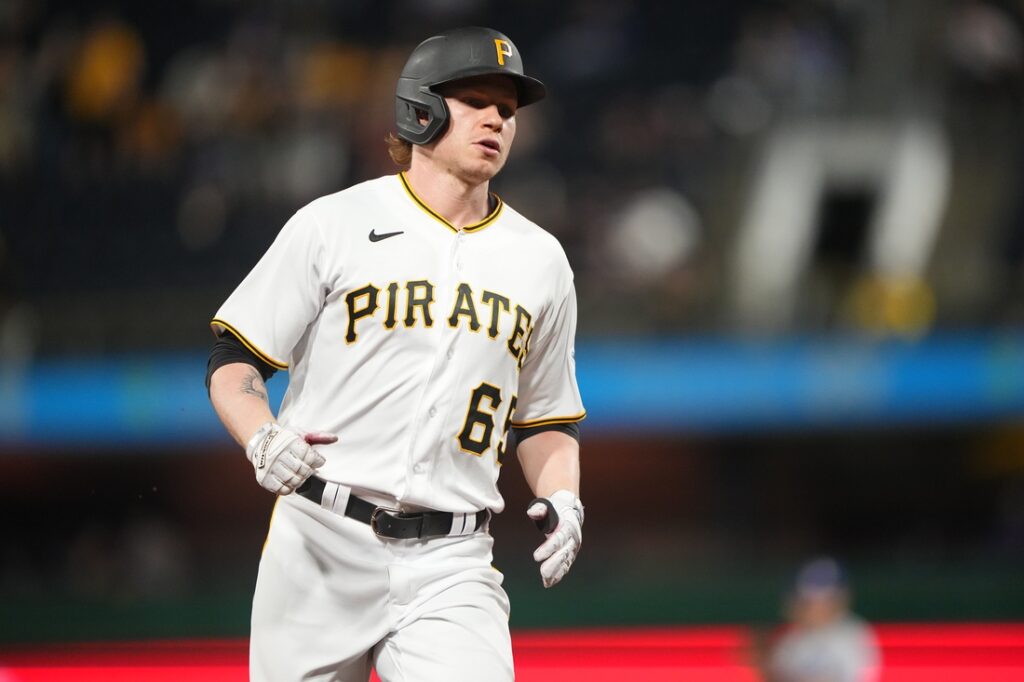 The Pittsburgh Pirates will try to begin a rare winning streak against the visiting Los Angeles Dodgers when they meet in the middle game of their three-game series on Tuesday night.

The Pirates beat the Dodgers 5-1 in the series opener on Monday to end a 16-game losing streak against Los Angeles.

Jack Suwinski hit his first major league homer in his 11th game, and Michael Perez homered for the second straight game since he was recalled from Triple-A Indianapolis, highlighting the offense in the opener of a seven-game homestand.

“I was just trying to look for something good to hit and stick to my approach,” Suwinski said. “Control what I can control, and just go up there and take good swings.”

Pittsburgh got a stellar starting pitching performance from Jose Quintana on Monday. He threw six shutout innings to become the first starting pitcher for the Pirates to earn a win this season after 10 defeats.

“When we did hit balls hard, someone was there,” said Dodgers manager Dave Roberts, who likely has some bad memories of Tuesday’s opposing pitcher, Bryse Wilson.

Wilson made his only MLB appearance against Los Angeles in Game 4 of the 2020 National League Championship Series, holding them to one hit over six shutout innings as a 22-year-old rookie with the Atlanta Braves.

Mookie Betts, Cody Bellinger, Justin Turner and Austin Barnes, all current Dodgers, were a combined 0-for-8 off Wilson, who outdueled Los Angeles ace Clayton Kershaw in the 10-2 victory. The win gave the Braves a 3-1 lead in the series, but they eventually lost in seven games.

Wilson was traded to the Pirates on July 30 and missed out on Atlanta’s World Series run last fall. He has struggled to find success in Pittsburgh, winning just one of his 11 starts with the Pirates.

Tony Gonsolin is scheduled to start for the Dodgers. Gonsolin (2-0, 1.64) allowed one run in five innings in his most recent outing, striking out five and walking one in a 9-1 win against the visiting San Francisco Giants on Wednesday.

Gonsolin’s other win this season came when he tossed six shutout innings in a 5-1 win against the visiting Braves on April 20.

“I feel like I’ve been executing pretty well,” Gonsolin said. “Getting some soft contact early in counts is great. Just trying to execute pitches if I’m falling behind, or in general.”

He’s made one career start against the Pirates and didn’t last long, walking five batters in 1 2/3 innings in his 2021 season debut on June 9. The Dodgers eventually won 2-1.

Dodgers outfielder Chris Taylor departed in the sixth inning on Monday after fouling a pitch off his left knee. X-rays were negative after the game, but Taylor wasn’t scheduled to play on Tuesday and is considered day to day.