Jaylen Brown leads way as Celtics even series with Bucks 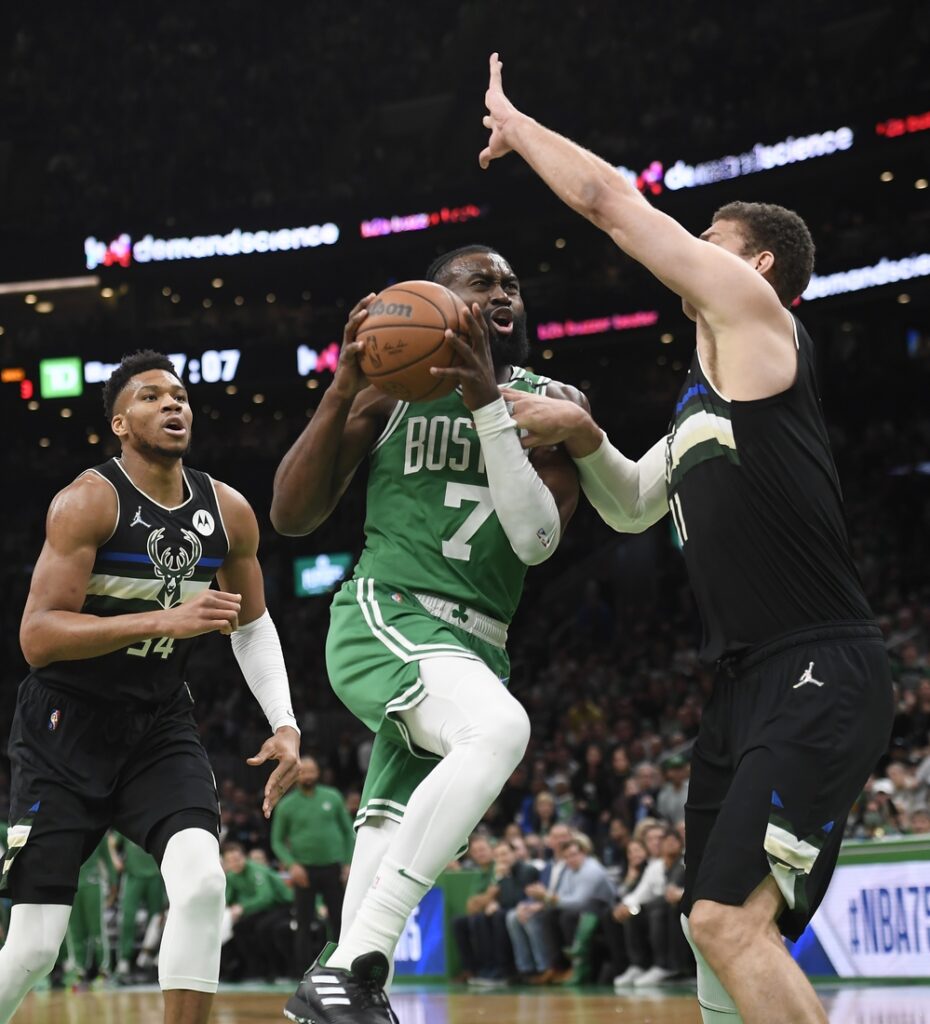 Jaylen Brown scored 30 points on 11-for-18 shooting, including 6 of 10 from beyond the arc, and the host Boston Celtics stormed to a 109-86 win over the Milwaukee Bucks on Tuesday night in Game 2 of their best-of-seven Eastern Conference semifinal series.

Jayson Tatum added 29 points and eight assists for the second-seeded Celtics, who avenged a 12-point loss two days earlier to even the series at 1-1. Grant Williams scored 21 off the bench.

Giannis Antetokounmpo led Milwaukee with 28 points but shot only 11 of 27 from the field, 1 of 4 from 3-point range and 5 of 9 from the free-throw line. Jrue Holiday scored 19 points and Bobby Portis and Pat Connaughton finished with 13 apiece.

The series will shift to Milwaukee for the next two games, starting with Game 3 on Saturday.

The Bucks, who spent nearly the entire game trying to play catchup, trailed by 18 points early in the fourth quarter. But Milwaukee trimmed the deficit to 12 with 4:30 remaining after Antetokounmpo made two free throws following a foul by Al Horford.

Boston quickly squashed Milwaukee’s comeback attempt. Tatum made a 3-pointer to start a 13-4 run that put the Celtics on top by 21 points with 1:58 left.

Boston sprinted to a 65-40 lead by halftime. Brown led all scorers with 25 points at the break.

The Celtics wasted no time in grabbing a double-digit lead. They seized an 18-3 advantage in the first 6:08 behind a jump shot, two free throws and two 3-pointers by Brown, one 3-pointer apiece by Tatum and Grant Williams, and a jump shot by Horford.

Milwaukee fell behind 27-12 before cutting the deficit to 11 at the end of the first quarter.

The Celtics took command again in the second quarter. Tatum sank two free throws to give Boston a 49-29 lead with 4:38 left in the half, and Brown’s 3-pointer in the final minute increased the advantage to 25 points at the break.