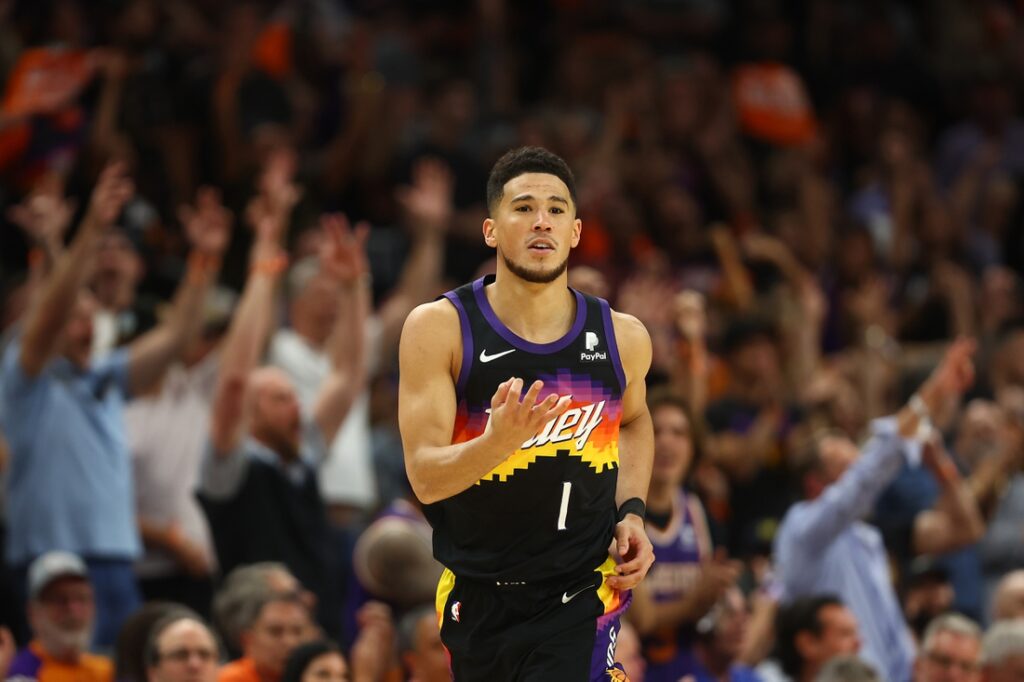 But the top-seeded Phoenix Suns have been much more difficult to stop, averaging 125 points in taking a 2-0 lead in the conference semifinals.

They’re also favorites entering Game 3, backed by 83 percent of the handle at -1.0 points at DraftKings and 87 percent at -1.5 points at BetMGM.

If fourth-seeded Dallas is to make Phoenix sweat, it’s going to have to tighten up its defense, beginning with Game 3 of the seven-game series on Friday night in Dallas.

For starters, the Mavericks will need to force tougher shots. The Suns have canned at least 50 percent from the field in all eight playoff games, including a blistering 64.5 percent Wednesday night in a 129-109 Game 2 win.

That included a 13 of 25 performance from the 3-point line, which upped Phoenix’s effective field goal percentage over 73 percent. And in the fourth quarter, which started with the Suns nursing an 89-83 advantage, they were 16 of 19 from the field.

Devin Booker scored a team-high 30 for the Suns and Chris Paul added 28, going 6 of 7 from the field for 14 points in the fourth quarter. Paul and Booker led the way as Phoenix turned a close game into a 122-95 advantage, then coasted to the finish line.

Despite his team’s inability to string together stops consistently, Dallas coach Jason Kidd is pointing the finger at the Mavericks’ imbalance on offense. Luka Doncic scored 45 in Game 1 and 35 more on Wednesday night, but there’s not been enough help.

Two guys in particular that Kidd wants to see get off the mark are Jalen Brunson and Spencer Dinwiddie. Those guards, along with forwards Dorian Finney-Smith and Dwight Powell, have combined to score fewer points (66) than Doncic in the first two games. They also have fewer assists (12) than Doncic (15).

“We got to get JB and Spencer a rhythm and get them good shots for Game 3,” Kidd said.

It might be fair to wonder if it matters what Dallas does when it plays the Suns. Wednesday night’s result was Phoenix’s 11th consecutive victory over the Mavericks. And it also extended the Suns’ perfect streak when leading after three quarters. They are 52-0 this season, counting the playoffs.

When asked about his big fourth quarter Wednesday night, Paul’s words could have also explained why Phoenix has been such a good closing team.

“When you do that, you live with the results.”

The 219.0-point Over/Under at DraftKings has seen the Over backed by 70 percent of the bets and 54 percent of the handle. The market has held at 219.5 points at BetMGM, where the Over has drawn 63 and 60 percent, respectively.