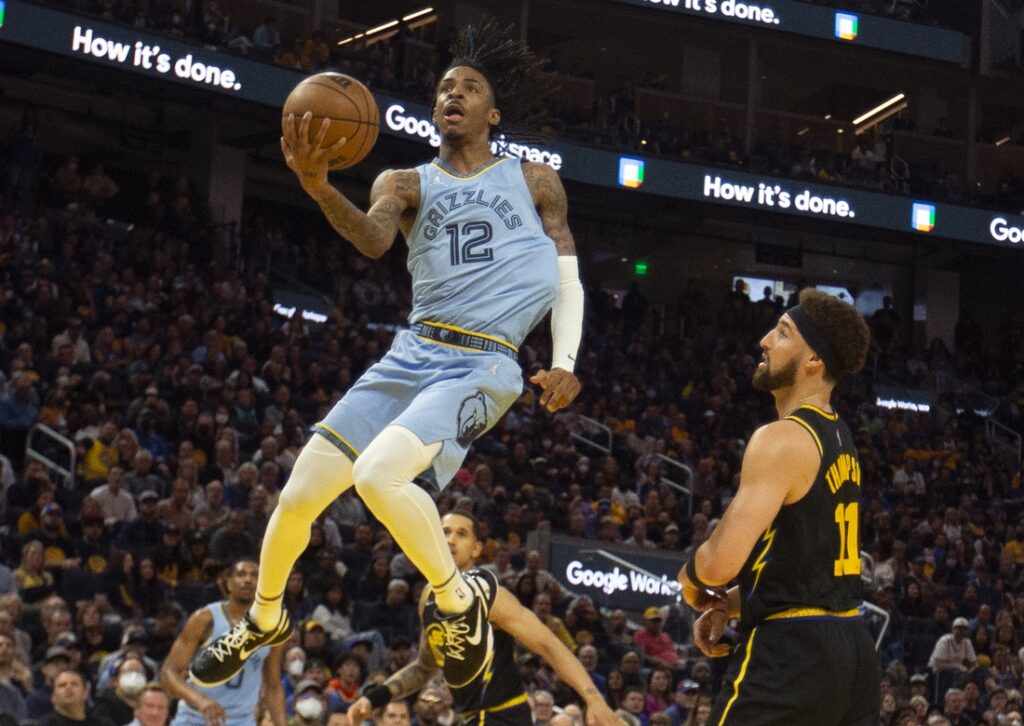 The Memphis Grizzlies hope to have Ja Morant available, and the Golden State Warriors are confident they will have Jordan Poole in uniform when the second- and third-seeded teams in the Western Conference playoffs collide in Game 4 of their semifinal series Monday night at San Francisco.

After Golden State had taken command of their eventual 142-112 home win in Game 3 on Saturday night, Morant limped off the court favoring his right knee with 6:19 remaining following a collision of sorts with Poole.

All participants were at a loss for words in explaining exactly what caused the injury but when the dust settled, the Grizzlies were calling for a Poole suspension, while the third-year guard called any allegations of dirty play crazy.

“It was a basketball play when we doubled him,” Poole said afterward. “I hit the ball and I was going for the ball. I mean, obviously you don’t want to see anybody get hurt. I’m not even that type of player. I respect everybody. Hopefully he gets better.”

While the Grizzlies awaited results from Morant’s knee examination Sunday, they also expected to hear from the NBA on a possible punishment for Poole, who at one point put his hand on Morant’s knee shortly after making contact from behind.

No foul was called.

“Jordan Poole actually grabbed his knee and yanked it, which kind of triggered whatever happened,” Grizzlies coach Taylor Jenkins said. “So I am actually going to be very curious to see what happens after that.”

Several Grizzlies repeated a phrase Warriors coach Steve Kerr used in Game 2, when he insisted Memphis’ Dillon Brooks “broke the code” by clobbering Gary Payton II from behind. Payton came away with a fractured elbow in the fall, and Brooks was given a one-game suspension.

Dillon is eligible to return for Game 4, and the Grizzlies could use the defensive specialist’s help on the perimeter. Curry (30 points), Poole (27) and Klay Thompson (21) all went over 20 points in Saturday’s offensive showcase.

It was the third time this postseason that the trio all scored 20 or more in the same game. The Warriors are 3-0 in those games, with two of those in the first round against the Denver Nuggets.

The 142-point explosion — the second-highest total in Golden State postseason history — was more than Morant could counter. One game after pouring in 47 points in Memphis’ Game 2 win that evened the series, he put up a game-high 34 in the losing cause.

Grizzlies guard De’Anthony Melton noted that getting Brooks back should help Memphis at both ends of the court.

“Dillon brings a lot of fire, offensive creativity to us, and just his mojo out there,” Melton said. “We’re going to regroup, put this in the rear-view mirror and keep on pushing.”

Melton said he expects Morant to be a part of it.

“He’s like Wolverine out there,” Melton said. “He could be limping one day, the next day be fine. He’s a warrior. He’s a competitor. He’s just a hooper. Who knows what his level of injury is at? He understands his body, and he understands what the team needs, so he’ll make the best decision.”