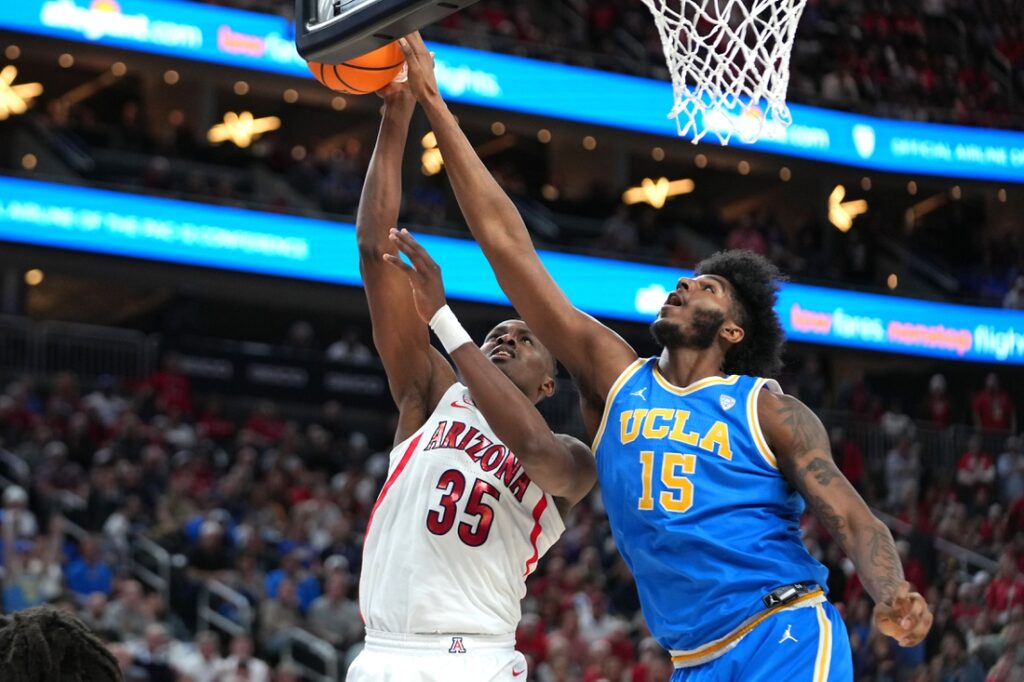 UCLA big man Myles Johnson will pass on a fifth season of eligibility after helping the Bruins to the second week of the 2022 NCAA Tournament in his first season with the program.

Johnson, a graduate transfer from Rutgers who entered UCLA as a grad student in electrical and computer engineering, announced on social media Thursday that his playing days are done.

“I look forward to completing my master’s degree while starting my career in the engineering field,” Johnson wrote, essentially putting an end to his basketball days.

According to the Los Angeles Times, Johnson has worked as an intern for IBM in hardware development and has a standing offer to join the computing giant full-time. He also has an offer from the Golden State Warriors to work as an intern in the NBA team’s analytics department.

The 6-foot-11 native of Long Beach, Calif. averaged 3.6 points with 5.4 rebounds in 35 games (15 starts) with the Bruins this past season after playing the previous three seasons at Rutgers. Stout on defense, Johnson averaged 5.9 points in four NCAA seasons with 6.8 rebounds over 125 games (62 starts).

Johnson is the fourth player to leave the Bruins’ program since the season ended. Guards Johnny Juzang and Peyton Watson declared for the NBA Draft, while 3-point specialist Jake Kyman announced he will transfer to Wyoming.