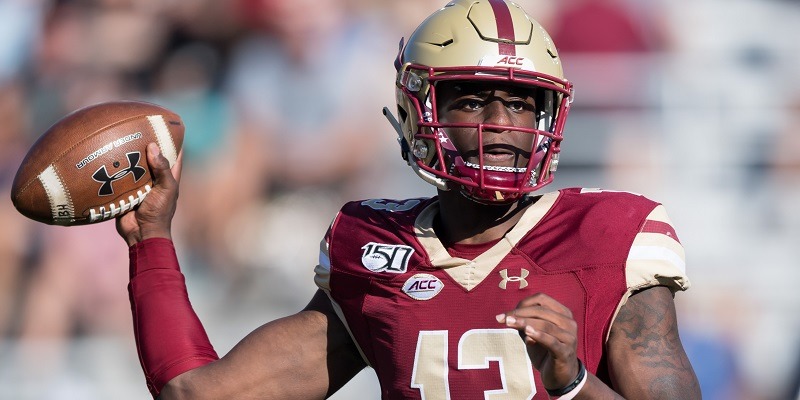 Boston College junior quarterback Anthony Brown will miss the rest of the season due to a lower-leg injury, coach Steve Addazio said Monday.

“He worked so hard to get to where he is,” Addazio said. “He’s a tough guy and he’ll bounce back.”

ADDAZIO: “Anthony Brown is going to be out for the year with a lower leg injury. He worked so hard to get to where he is. He’s a tough guy and he’ll bounce back.”

Brown was injured early in the second quarter of the team’s most recent game, a 41-39 loss at Louisville on Oct. 5. Sophomore Dennis Grosel replaced him and completed 9 of 24 passes for 111 yards and three touchdowns, also rushing six times for 47 yards. He was intercepted once.

“We’re running what we run,” Addazio said. “You saw him in full live color second half of the (Louisville) game. He showed great leadership. I thought he did a great job.”

Brown completed 81 of 137 passes for 1,250 yards, with nine touchdowns and two interceptions in six starts this season, adding 128 yards and two scores on the ground.

He started 22 games in the previous two seasons and has 4,738 career passing yards, with 40 touchdowns and 20 interceptions.