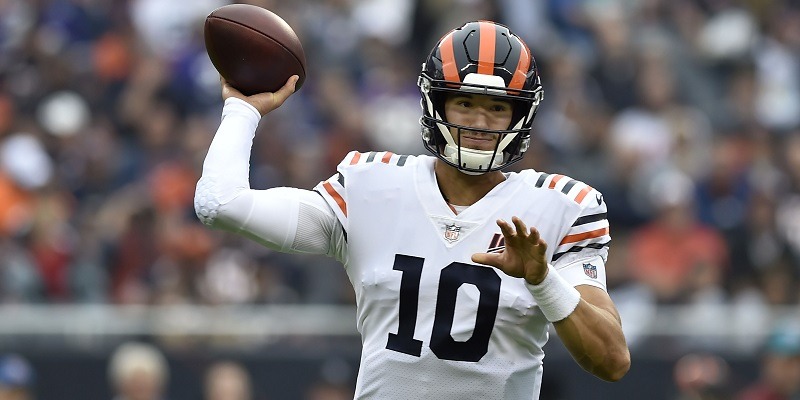 Nick Foles and Mitchell Trubisky are competing for the starting quarterback spot with the Chicago Bears, and head coach Matt Nagy will use preseason games as the stage for his evaluation.

Foles was acquired from the Jacksonville Jaguars for a fourth-round draft pick but is well-versed in Nagy’s system.


Both players have been schooled with virtual training by Nagy this offseason. When the players get on the field, Nagy said he wants to see them compete daily — a routine he’ll push into the preseason game schedule.

“They are going to play in preseason,” Nagy told ESPN 1000 in Chicago. “It’ll be equal reps and it’ll be a good competition for them. And, again, that kind of goes in tune with what we’re doing really with our whole team.”

Nagy didn’t play starters in the preseason last summer, and he said he has regrets about letting those players idle into September.