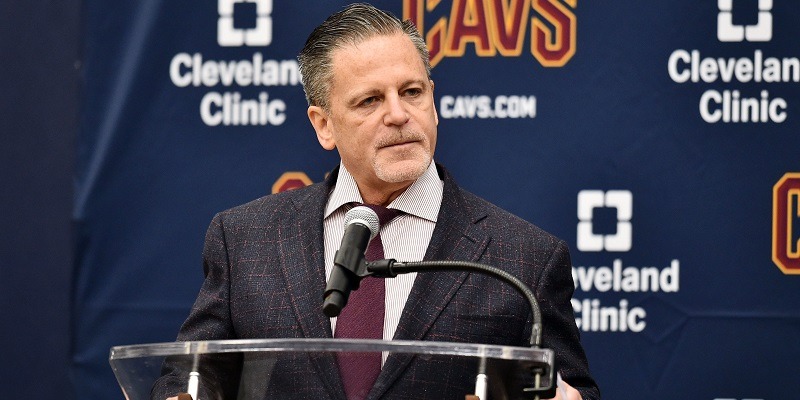 John Beilein is set to become head coach of the Cleveland Cavaliers.
The 66-year-old head coach at Michigan signed a five-year deal to bolt for the NBA, ESPN reported Monday morning.
In 12 years at Michigan, Beilein guided the Wolverines to two Final Four appearances and four Big Ten titles.
The Cavaliers are back in the NBA draft lottery on Tuesday seeking another cornerstone for the franchise after narrowly missing the worst record in the league in their first season without LeBron James since his return from Miami. The Cavaliers, Suns and Knicks all have a 14 percent chance to land the No. 1 pick in the NBA draft.
Beilein is an offensive-minded coach — Michigan played primarily a zone defense — using an approach similar to that of the Golden State Warriors “face and space” with four perimeter players set up outside the 3-point line and one working in the paint.
Tyronn Lue was fired early last season and replaced by interim coach Larry Drew, as the Cavaliers look to turn the page again this offseason.
Beilein has a 829-468 combined college record and was interviewed twice last offseason for head-coaching jobs, but he broke off talks with the Orlando Magic and Detroit Pistons to stay at Michigan.
Cavaliers assistant general manager Mike Gansey played for Beilein at West Virginia, and general manager Koby Altman was said to be seeking a coach who could create a different culture in Cleveland.
Beilein was named the winner of the John Wooden Keys to Life award during the 2019 Final Four for his unwavering character and leadership in college basketball.
–Field Level Media