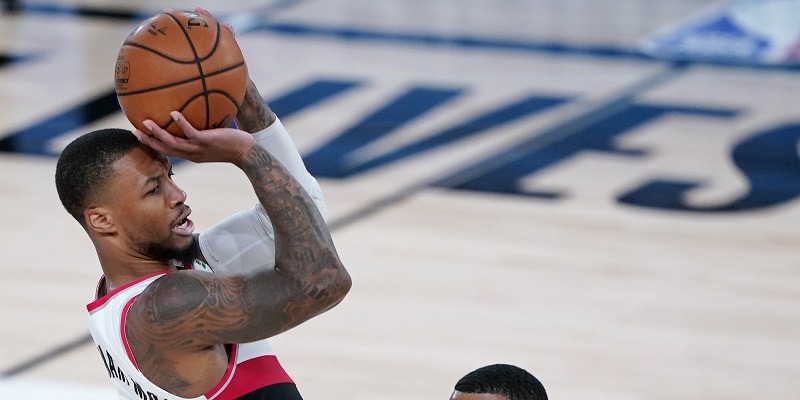 The 2020 playoffs likely are over for Trail Blazers guard Damian Lillard, who departed the bubble environment near Orlando to return to Portland for tests on his knee.

Lillard was ruled out for Game 5 of the best-of-seven series with the Los Angeles Lakers scheduled for Wednesday. That game was postponed as players began a boycott that casts doubt on the remainder of the 2020 playoffs.

Even if games were to resume, Lillard is unlikely to be part of the Blazers-Lakers series. Los Angeles leads the series 3-1.

Lillard averaged 30.5 points in the bubble near Orlando, second only to Houston Rockets guard James Harden. That included games with 51, 61 and 42 points in the final three seeding games.

Lillard injured a finger in Game 3 of the series with the Lakers and hurt his right knee in Game 4. Tests in Orlando showed Lillard had a sprained knee, but additional tests will be conducted in Portland.