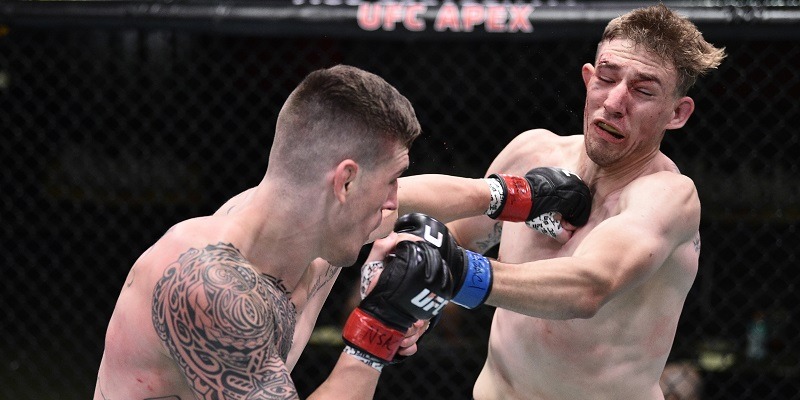 Middleweight Brendan Allen is expected to miss significant time after sustaining three broken bones in his face in a bout with Kyle Daukaus at UFC Fight Night on Saturday night in Las Vegas.

Allen’s manager Brian Butler told ESPN that Allen broke two bones in his orbital floor and one in his nose. Despite the carnage, Allen (15-3) wound up winning the bout by unanimous decision over Daukas (9-1).

Butler took to Twitter on Sunday to note that Allen is “likely out the remainder of the year but considering return at (light heavyweight).”

UPDATE: @BrendanAllenMMA suffered 3 fractures in his nose and orbital floor in last nights fight. Likely out the remainder of the year but considering return at 205lbs. pic.twitter.com/ZliF22QY7e

Allen, 24, has won seven straight fights, including his first three in UFC since signing with the league in 2019.